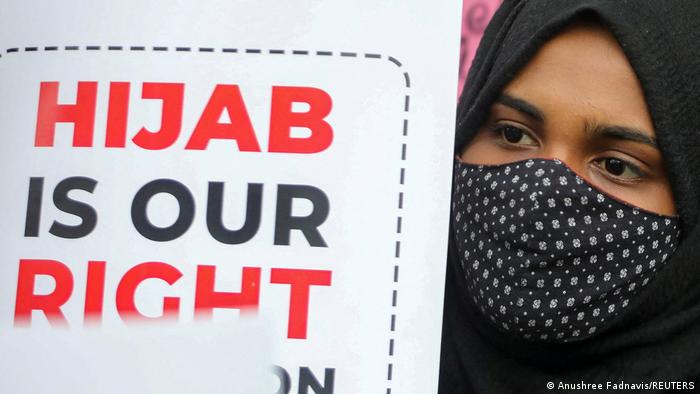 Students returned to schools and colleges in the southern Indian state after protests over a hijab ban. A court is currently hearing petitions calling for the reversal of the ban.

Indian students returned to colleges in the southern state of Karnataka Wednesday, nearly a week after authorities closed colleges and moved classes online to quell the heat of protests over a decision to ban hijab, or headscarves worn by Muslim women and girls, at classes.

On February 5, the Karnataka government issued an order banning clothes that “disturb equality, integrity and public order.” Several schools and colleges used this order as their premise to deny entry to Muslim girls wearing the hijab.

The party has been repeatedly criticized for marginalizing minority groups and denying their rights.

A group of Muslim girl students took the matter to the state’s high court, questioning how the hijab disturbed “equality, integrity and law and order.”

The court is currently hearing two petitions on the matter, deliberating on whether it’ll enforce the ban or do away with it.

Until the court delivers a verdict on the matter, it asked students not to wear any religious clothing.

The court issued that order last week. On Wednesday, some students wore their hijabs to classes as they returned to their college in Udupi, the same one where the issue first came to light.

Indian media reported that several colleges sent away students who insisted on wearing the hijab to classrooms.

How did the row begin?

On January 1, a group of teenage girls was denied entry into their college in Karnataka’s Udupi district for wearing the hijab.

Similar instances were reported throughout the state in early February, with Hindu students also showing up in saffron scarves to protest against students wearing the hijab.

The issue gained national prominence on February 8 after a video showing a college-going Muskan Khan standing up to right-wing Hindu activists outside her college campus.

She told DW she had yelled, “Allahu Akbar” (God is great in Arabic) in the face of “Jai Shri Rama” (Hail Lord Rama in Hindi) chants by other men.

She said she was denied entry because she was wearing the burqa, or a face veil, and all she wanted was to study.