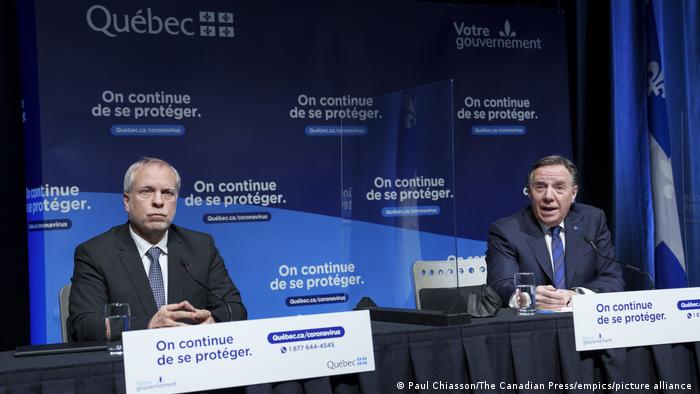 Quebec’s premier said that the penalty would be “significant”. Only 10% of the province’s population is not vaccinated.

The eastern Canadian province of Quebec will impose a new health tax in the coming weeks on those who are not vaccinated against COVID-19, Quebec premier Francois Legault said on Tuesday.

“We are working on a health contribution for all the adults who are refusing to get vaccinated,” Legault said, adding that the vaccine is the “key to fighting the virus.”

Legault said that the unvaccinated represent a “financial burden for all Quebecois” as they “clog” up Quebec hospitals.

The amount of the penalty is yet to be decided, but Legault said that it would be “significant” and that it would not be less than 100 Canadian dollars (€70, $79.50).

He said that those who are unvaccinated for medical reasons would be exempt from the penalty.

What is the coronavirus situation in Quebec?

Quebec has a high vaccination rate, with only 10% of the population not having been vaccinated.

The unvaccinated represented 50% of people in intensive care, according to Quebec’s premier. 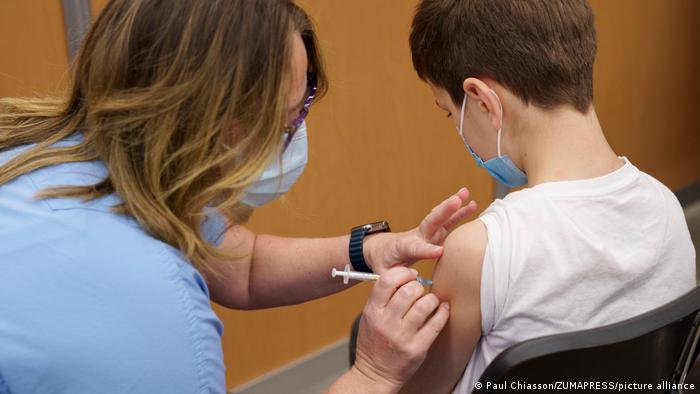 90% of Quebec’s population is vaccinated

Quebec has been struggling to contain a new wave of infections brought about by the omicron variant of the coronavirus. On December 30, Quebec announced new restrictions, including a 10 p.m. curfew and a ban on private gatherings.

Quebec also announced it had no choice but to allow some essential workers to continue working even after testing positive for COVID-19 to prevent staff shortages.

2,742 people are hospitalized with COVID-19 and 255 people are in intensive care in Quebec. The province has 8 million inhabitants.

Quebec has the highest coronavirus death toll in all of Canada, at 12,028. The province reported 62 more deaths on Tuesday.