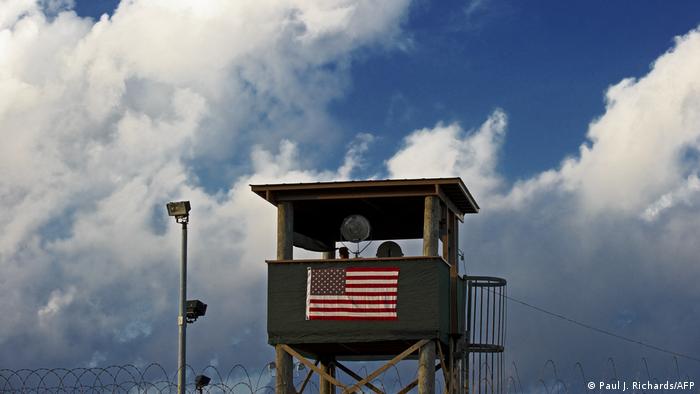 On the 20th anniversary of the arrival of the US’ first detainees at Guantanamo Bay, Experts spoke about the situation today with a human rights expert as well as the man tasked with closing the prison back in 2013.

The first 20 detainees arrived at the United States’ military prison Camp X-Ray, located at a US naval base on the Caribbean island nation of Cuba, on January 11, 2002.

The men, captured or turned in for ransom as part of the US “war on terror” that followed the attacks on 9/11, were dressed in bright orange prison overalls. They were seen on photographs cowering in so-called stress positions in a caged and razor-wired outdoor space with their eyes and ears covered, as US soldiers stood guard over them.

Why were detainees taken to Guantanamo?

The facility, which began as a decidedly low-tech affair, was eventually renamed Camp Delta, and transformed into a purpose-built, high-tech site designed for the detention, interrogation and military trial of “enemy combatants” that the US claimed had taken up arms against them.

The facility caused outrage when it was opened by then President George W. Bush and came on the heels of a long list of human rights abuses by the superpower.

While the Bush-Cheney administration argued it was within its rights to “rendition” (kidnap) and use “enhanced interrogation” (torture) to find the masterminds behind the 9/11 attacks, human rights advocates were alarmed that the US would insist upon placing the facility beyond America’s shores — and thus, beyond America’s laws and the Geneva Convention.

On this 20th anniversary, Experts spoke with two people familiar with the facility.

20 years on, Guantanamo is still running

What does Guantanamo symbolize today?

Shamsi lamented, “If the government has enough evidence that is untainted by torture to prosecute prisoners, including those facing the death penalty, it should pursue plea agreements to finally resolve cases.” Otherwise, she says, they should be released.

She also thinks that current US President Joe Biden should finally close the facility: “President Biden has all the authority he needs to close Guantanamo in a way that takes into account the harms that have been done to the men who’ve been tortured and imprisoned without charge or fair trials for two decades, while providing a measure of justice and resolution for victims.”

What can be done with detainees still at Guantanamo?

Cliff Sloan agrees with Shamsi. He was appointed special envoy for the closure of Guantanamo Bay by President Barack Obama back in 2013.

Sloan says it is important to note that great progress has been made in closing the site but that it will be very difficult to see the project through to its conclusion.

Still, he says, “I would like to see all of them transferred in the first six months of this year, its [the] 20th anniversary. It is shameful.”

Pressed by DW about shuttering the prison, Sloan said: “The obstacles that have come up with Guantanamo closure are political opposition that is irrational and not based on fact — and some legal obstacles based on laws unwisely passed by Congress. But having said that, there is no reason that we cannot move forward with closing Guantanamo.”

Sloan acknowledges: “It takes a lot of work, but other countries, including countries in Europe and countries elsewhere in the world who recognize that Guantanamo needs to be closed and that these people need a place to go to, have provided resettlement opportunities. So it can be done. This line that you hear sometimes that, well, they’re there because there’s no place for them to go is simply wrong. Homes can be found for them.”

The former envoy was also clear that: “They can be resettled in third countries, as has been done with other detainees. And when I say transferred to them, I’m not saying transfer to incarceration. I’m saying transfer to freedom.”

When asked whether the US should pay reparations to those wrongly held in the facility, Shamsi of the ACLU said: “That’s absolutely something that the US government should do.” But the attorney said, the US “needs to start with ending the travesty and legal, moral and ethical catastrophe that is Guantanamo.”

In all, 779 men have entered Guantanamo since January 2002, currently only 39 remain — 27 of those still there have never been charged with any crime.