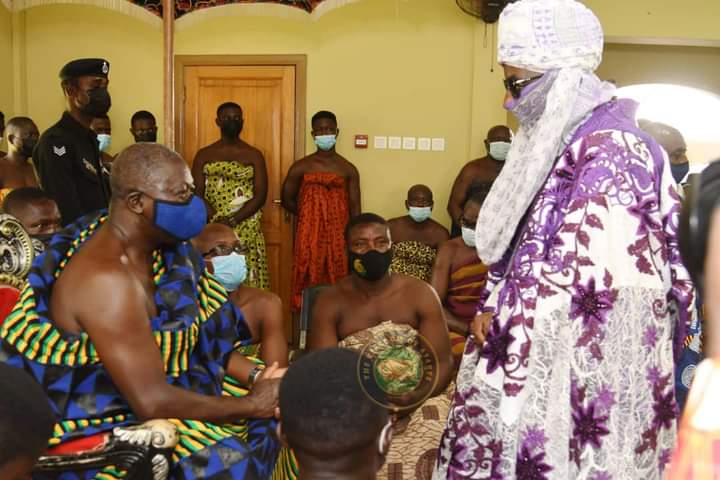 Khalifa of Nigeria’s Tijaniyyah Muslim community and the Emir of Kano His Highness Muhammad Sanusi II paid a courtesy call on Asantehene Otumfuo Osei Tutu II at the Manhyia Palace on Thursday.

Kano was a Hausa Kingdom which existed between the 14th and 19th centuries in Modern day Nigeria and the relations between the Asante Kingdom and the Hausa dates back to during the peak of the Sub Saharan trading activities such as Kola trade in the region which led to the emergence of Salaga as a Hausa speaking town which created the conditions for the later penetration of Islam into the Asante Kingdom. 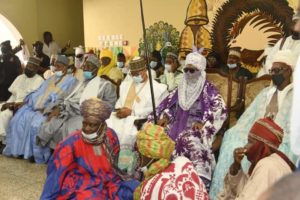 The defeat of Asante during Sagrenti war in 1874 led to the dispersion of various Hausa traders to the southern part of modern day Ghana especially Kumase which brought about the emergence of Zongo’s in the country.

Muhammad Sanusi II call came about prior to the end of year prayers to be held by his people in Kumase. 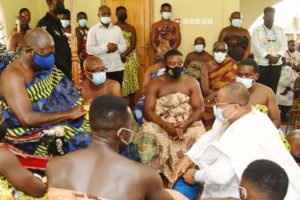 Otumfuo Osei Tutu II welcomed him on his third visit to Kumase and commended him on his role he played as the Governor of the central bank of Nigeria and also assured him that his character and integrity will lead to the development and blessings to Ghana, Nigeria and Africa as a whole.