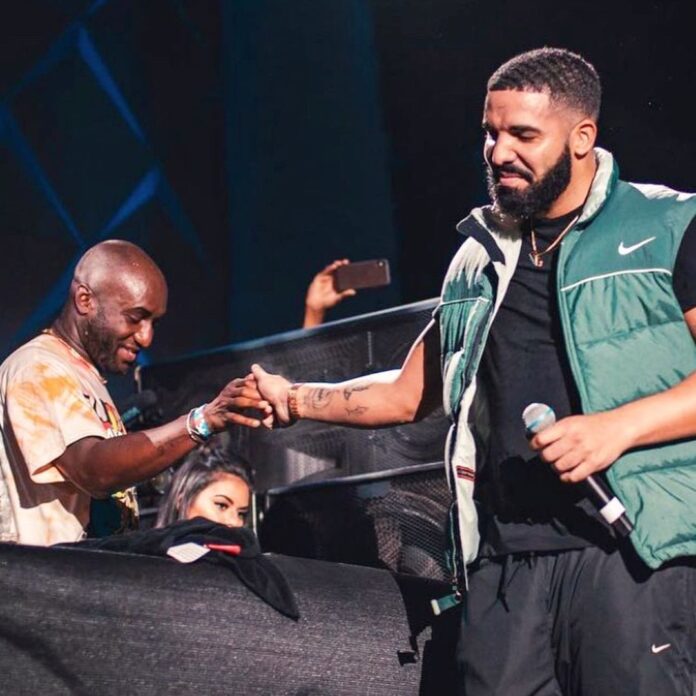 Popular Musician Drake has paid tribute to the legacy of his friend Virgil Abloh who died Sunday after a battle with cancer.

The rapper took to Instagram on Sunday to share some photos of himself alongside Virgil, hours after it was announced that the artistic visionary died at age 41 following a private battle with cancer.

“My plan is to touch the sky 1000 more times for you,” Drizzy wrote to his late friend alongside photos of them together and an OVO jet that Alboh had worked on, “love you eternally brother thank you for everything.”

Drizzy and Virgil have been friends for a minute now, with Virgil famously designing the Certified Lover Boy artist’s $185 Million Patek watch that he mentioned on track “Life Is Good.” Drake also references Alboh, and his work, on his recent No. 1 single “What’s Next.”

Virgil’s death follows a private battle with an aggressive form of cancer, cardiac angiosarcoma. The creative director of Louis Vuitton Men’s and Off-White had been battling the sickness for two years, during which he worked on a partnership with Mercedes-Benz, Air Jordan collaborations, and led a travel campaign for Louis V.

“Through it, all, his work ethic, infinite curiosity, and optimism never wavered,” an Instagram post from the creative’s official account reads. “Virgil was driven by his dedication to his craft and to his mission to open doors for others and create pathways for greater equality in art and design. He often said, ‘Everything I do is for the 17-year-old version of myself,’ believing deeply in the power of art to inspire future generations.”

According to the post, Alboh is survived by his wife, Shannon, his children Lowe and Grey, his parents Nee and Eunice, and his sister Edwina.