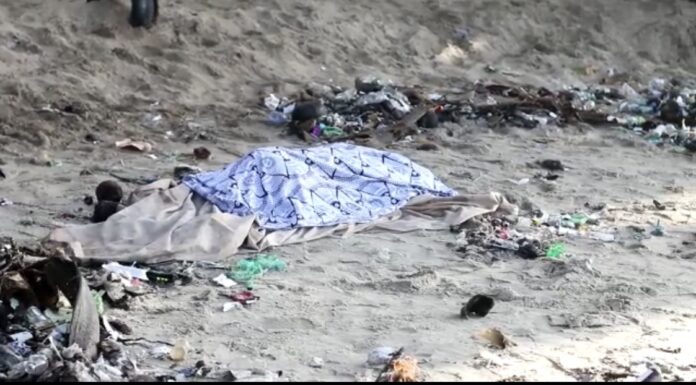 A 28 year old man identified as Papa Kwame has been washed ashore after he went missing some three days ago.

According to reports, the man drowned after bathing in a sea at Saltpond Nankesido in the Mfantseman Municipality of the Central Region.

The body was discovered on Friday October 8 at 6:00 am.

Central regional correspondent Yaw Boegyan reports that deceased was in the town for a festival and does not know how to swim in the sea.

An eyewitness Wofa Sepha told Starr News that the deceased is believed to have also been under the influence of alcohol.

His family has been informed about the incident. He left behind a wife.

Police in the area have been informed and the decayed body would be buried immediately.