Thomas Partey returns from injury, trains with team-mates ahead of PL clash with Burnley 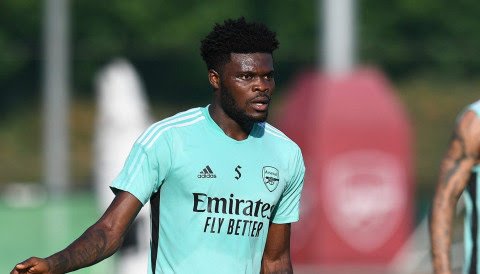 Ghana international Thomas Partey has returned to full training after sustaining an injury which forced him to be withdrawn from the Black Stars squad during the international break for the FIFA World Cup qualifiers.

The midfielder’s name was removed by head coach Charles Akonnor because of an ankle ligament injury when Ghana took on The Walyas of Ethiopia and The Bafana Bafana of South Africa where the Black Stars picked up three points from a possible six in two games, beating Ethiopia in Cape Coast before loosing 1-0 to South Africa in Johannesburg.

The returning of the midfielder is good news for both Arsenal and the Black Stars of Ghana. 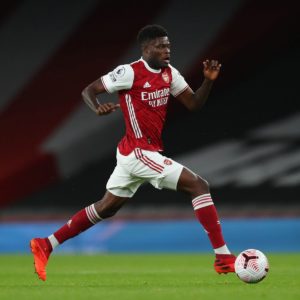 However, Manager Mikel Arteta is expected to include Partey in the squad for the weekend’s Premier League match against Burnley.

And should Partey not sustain any injury, he will return to the Black Stars squad for next month’s crucial qualifier against Zimbabwe.

Black Stars will play The Warriors home and away in early October.