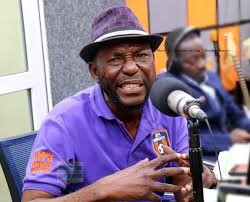 Charles Akonnor’s side were beaten 1-0 by Bafana Bafana at the FNB Stadium in their second match of the 2022 FIFA World Cup qualifiers.

Black Stars are no longer on top of Group G because of the defeat. South Africa are now in control of the group with four matches remaining.

“Black Stars don’t have quality at this stage,” Sarpong reacted to the defeat.

“It is sad this is happening because this is not our Black Stars we know. CK Akonnor must select players who are ready to die for the nation and not by name.

“We need to get things right before it gets late,” he added.

Black Stars return to action next month with home and away qualifiers against Zimbabwe. Both games are must wins for under-fire coach Akonnor.