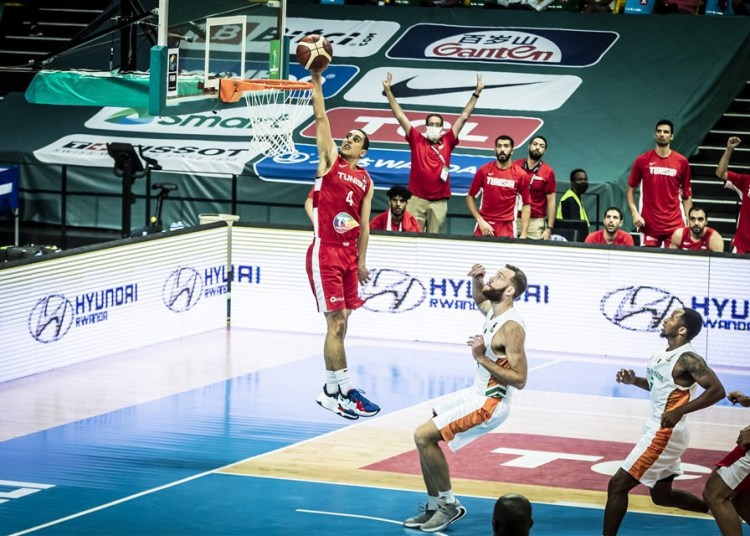 Tunisia overshadowed Ivory Coast 78-75 at Kigali Arena in the Rwandan capital on Sunday to retain the AfroBasket continental title they won on home soil four years ago.

Dirk Bauermann’s side started slowly in the final, but soon found their stride, and a 12-point run allowed ‘The Eagles’ to build up a 47-34 lead by halftime.

The Ivorians fought back in the third quarter and closed to within four points – Tunisia pulled away again to lead by 11 in the fourth, but their opponents never gave up and in a nervy conclusion, the gap was cut to just three before time ran out.

Salah Mejri led the winners with a game-high 22 points, backed by 18 from Michael Roll and 10 from Omar Abada.

Souleyman Diabate, with 20, top-scored for ‘The Elephants’, who lost for the first time in 17 outings.

Their long wait for an AfroBasket title continues – their last was back in 1985.

With the victory, Tunisia became the first team to win back-to-back AfroBasket titles since Angola achieved the feat in 2009

Senegal took the bronze medal at the 2021 AfroBasket continental championship in Kigali, Rwanda on Sunday, following a comfortable 86-73 victory over Cape Verde.

The 5-time champions got on the board first and stayed out in front until the second period when Cape Verde enjoyed their best spell of the match and at one point led by five points at 33-28.

However, that was as good as it got for the Cape Verdeans as Senegal turned the score around to end the half 44-39 ahead and extended that advantage to nine points going into the fourth quarter.

The Lions pulled away after that to secure third place in the tournament, equalizing their performance from four years ago.

Gorgui Dieng led the way for the winners with a mighty 30 points, backed up by double-digit contributions from Brancou Badio, Mamadou Faye and Youssou Ndoye.

18 points from Walter Tavares and 17 from Joel Almeida were the highlights for Cape Verde.