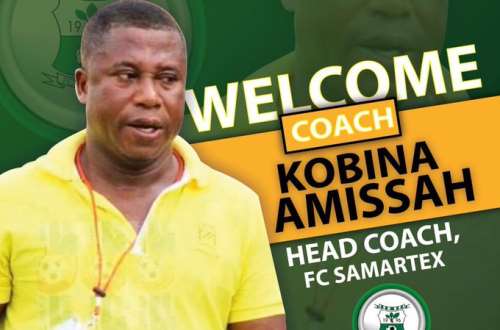 National Division One Zone II side, Samartex 1996 have announced Kobina Amissah as their head coach.

Samartex mutual parted ways with their young coach, Bismarck Kobby Mensah who has joined top-flight side Karela United and will replace him with the Specialist in qualifying team to the premiership, Kobina Amissah.

Amissah has been tasked to recruit his own backroom staffs in other to work fruitfully without any hindrance.

In a career spanning over 15 years, Amissah has been the ‘go to’ man interms of teams that need to climb up the ladder of football.

Coach Amissah has qualified 3 teams to the Premier League in the last 8 years, Sekondi Hasaacas benefited from his tactical prowess in 2013, followed by Elmina Sharks in 2016, and most recently Gold Stars.