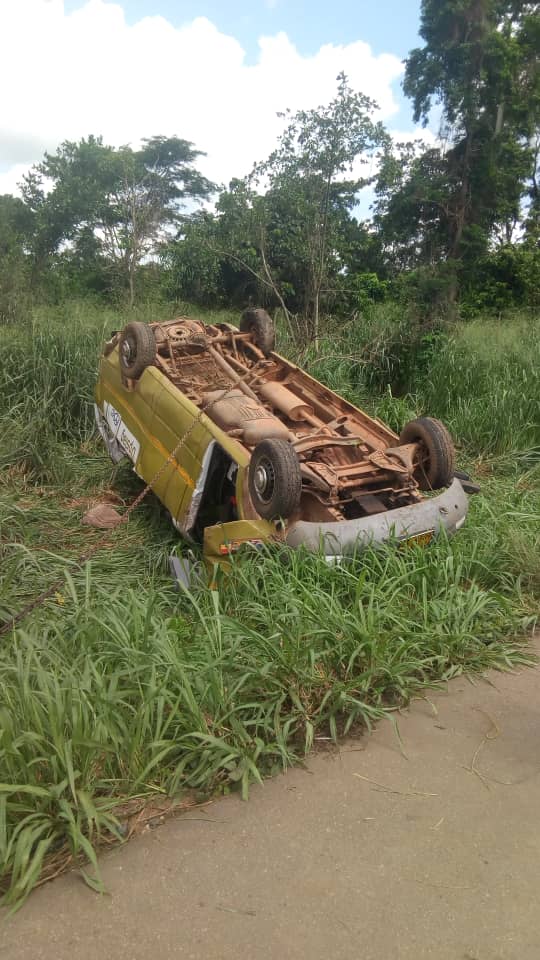 At least nine (9) passengers including a six-month-old baby have been confirmed dead in a deadly crash at Apedwa section of the Accra to Kumasi Highway in the Eastern region.

The fatal crash occurred Saturday, August 21, 2021, at about 6:40 pm when a driver yet to be identified driving a Mercedes Benz Sprinter bus with registration number GT 7394-14 with passengers on board from Nkawkaw towards Accra direction made a reckless overtaking on reaching Apedwa pig farm junction and collided with a Burkinabe bound DAF trailer truck with registration number 2459 T1 03 driven by Yakouba Sanogo age 34.

The impact forced the vehicle to crash into the bush killing nine passengers made up of six female passengers including the six-month-old baby and three (3) male adults on the spot.

The Public Relations Officer of the Eastern Regional Police Command DSP Ebenezer Tetteh confirmed the data crash to Starr News adding that the bodies of the victims were conveyed and deposited at Suhum Government Hospital mortuary for preservation, identification, and autopsy.

The remaining injured victims were rushed to the Suhum Hospital and Kibi Government hospital for treatment.

However, Amnewsworld has gathered that some of the passengers are in critical condition.