Female soldiers on the frontline in northern Mozambique 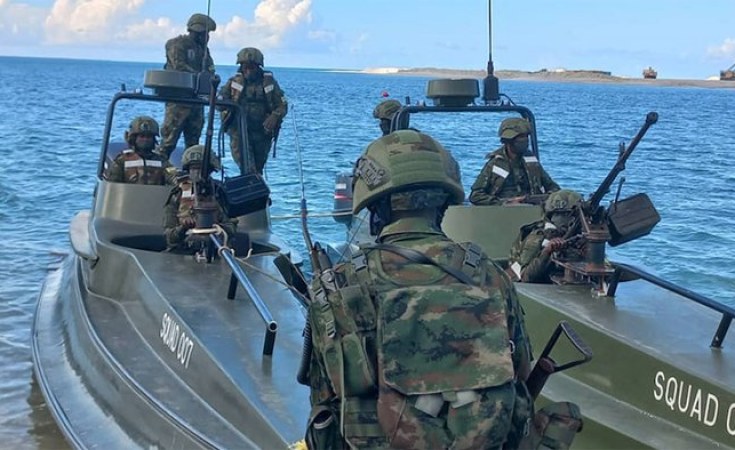 A small contingent of female naval soldiers in the Rwanda Defense Force have been fighting alongside their male counterparts to push back against rebels allied with the Islamic State group in northern Mozambique.

The rebels were occupying the strategic town of Mocimboa da Praia in Cabo Delgado province until a 1,000-strong Rwandan force was deployed there.

They forced the rebels to withdraw into remote areas and break up into smaller groups.

Lt. Yvonne Umwiza, who leads a Rwandan speed boat unit, said that women were treated no differently to men in the mixed units.

“There are no specific challenges here in Cabo Delgado for us as female soldiers,” she said. “We face the same problems as the men and we are very well trained to perform our duties.”

In their four-year insurgency, the Islamic State-allied rebels created a humanitarian crisis in Cabo Delgado in which 8,000 people were displaced and 3,000 lives were lost.

According to the U.N.’s World Food Program, nearly one million people are in urgent need of food aid as a consequence of the conflict.