I love them, I need them, they should keep supporting us in prayers – Coach Samuel Boadu to Hearts Supporters 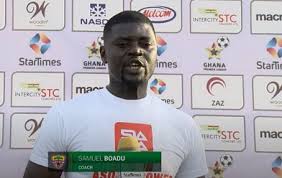 Samuel Boadu joined the “Phobians” from Medeama Sporting Club in the middle of the GPL 2020/21 season but the gaffer managed to win double for Hearts of Oak to cease the club’s trophy drought for a decade.

Coach Boadu after winning both GPL and the MTN FA CUP trophies had automatically qualified his side, Accra Hearts Of Oak to 2021/22 CAF Champions League which they lastly participated in the African’s highest inter-club competition in a decade ago.

However, the winning coach, wouldn’t forget his supporters who had never given up on their team throughout their hardships and flaws has these to tell his “Never Say Die” fans. 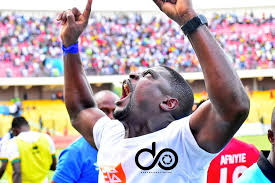 “I can’t thank them, it won’t be enough because our supporters are so marvelous, may the good God bless you”.

“Our supporters are the best in the world, no doubt about that”.

“I love them, I need them, they should keep supporting us in prayers. 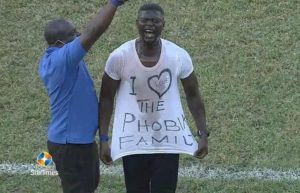 ” Now the bigger one is ahead, it’s my first to play in Africa, I need them, they should support me, the management and board” he said.