Nadal battles to victory in return from two-month layoff 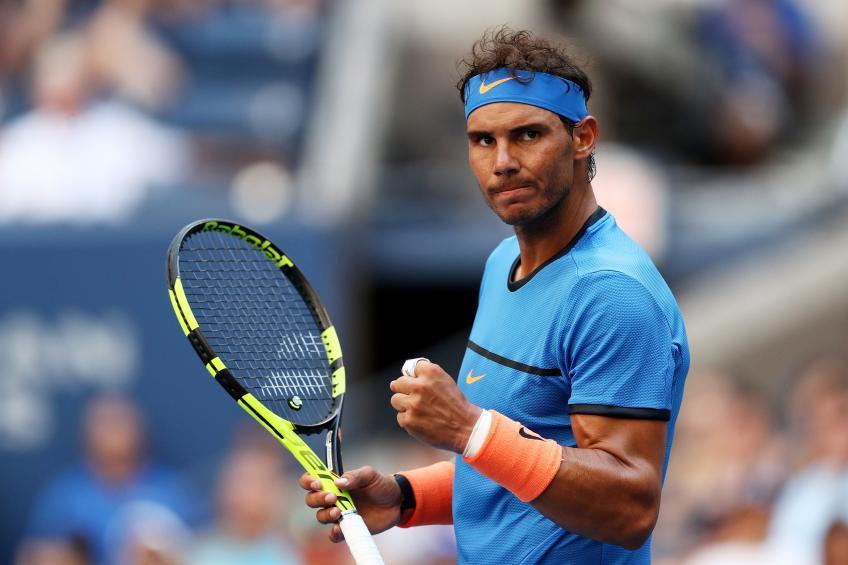 Rafael Nadal made a triumphant return from a two-month injury layoff on Wednesday but aggravated a foot injury and needed a third-set tie-breaker to outlast American Jack Sock and advance at the ATP Citi Open.

The 35-year-old Spanish left-hander, a 20-time Grand Slam champion making his Washington debut, dispatched 192nd-ranked Sock 6-2, 4-6, 7-6 (7/1) in a three-hour thriller before about 7,000 spectators at the US Open hardcourt tuneup event.

Third-ranked Nadal had not played since losing to top-ranked Novak Djokovic in June’s French Open semi-finals, skipping Wimbledon and the Olympics due to a foot injury that hindered him in the match.

“The foot was hurting me,” Nadal said. “It was painful tonight. Hopefully it will feel better tomorrow. Winning the match helps.”

Djokovic, Nadal and Roger Federer all enter the US Open with a men’s record 20 career Slam titles, with Djokovic trying to complete the first men’s calendar-year Grand Slam since Rod Laver in 1969.

An electric atmosphere greeted Nadal’s first US match since beating Daniil Medvedev in the 2019 US Open final and his first hardcourt match since February.

Nadal improved to 6-0 all-time against Sock by taking their first meeting since 2017, but it was a dramatic and tension packed duel.

Nadal took the first five points of the tie-breaker and clinched it with a forehand winner.

Sock broke Nadal to open the final set and fought off a break point in the second game, Nadal sending a forehand just wide.

Fans yelled for a Nadal comeback, prompting Sock to blow a kiss to the crowd after a winner on his way to taking a 3-1 lead.

Nadal broke back in the sixth game, making a backhand save on a drop volley that Sock could only swat into the net to level matters at 3-3, Nadal pumping his fists and screaming in celebration.

Nadal showed maestro moments with his shotmaking, including a backhand overhead smash winner in holding the seventh game, as they battled into the tie-breaker.

In the first set, Nadal saved three break points in the third game but broke Sock to lead 4-2 and again on a forehand service return winner to capture the first set in 47 minutes.

Sock battled back in the second set, breaking for a 4-3 edge when Nadal netted a forehand.

The Spaniard saved three set points on his serve in the ninth game, but Sock blasted a service winner past Nadal after an hour and 49 minutes to force a third set.

Harris led 6-4, 1-0 when American Tennys Sandgren retired, sending the 24-year-old from Cape Town into his first match with Nadal.

British sixth seed Daniel Evans, in his first match since contracting Covid-19 and missing the Olympics, lost to US wildcard Brandon Nakashima 7-6 (7/1), 6-0.

“It was very strange to be back playing, probably a little too early, but I decided to come out,” the Englishman said.

“It has been difficult to get back into some sort of shape. It was a rough five, six days when I had the symptoms. Then you’ve got to isolate.”

Nakashima, who turned 20 Tuesday, seeks his third final in as many weeks after losing to Norrie at Los Cabos and American John Isner in Atlanta.

“Keeping the confidence high has helped me get deeper into these tournaments and scrap out some matches even though I’m not playing my best,” Nakashima said.