FixTheCountryProtesters: We’re ready to Sacrifice our Lives for Ghana 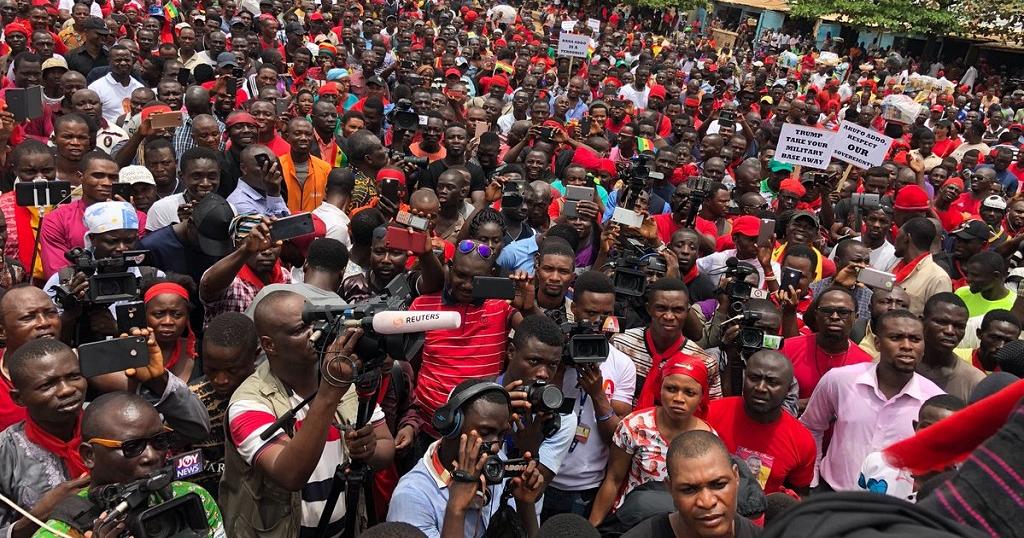 Some Youth protesting at the #FixtheCountry protest have vowed to give up their lives for the country to be fixed.

The demonstration which is currently underway has a mammoth crowd of mostly disgruntled youth, walking from the Kwame Nkrumah Circle through to Accra Central.

They went on “that’s what we are calling for. The youth want change, the youth want jobs. We are ensuring that the government must do the rightful.”

On Monday, the IGP Dr George Akuffo Dampare assured them of police protection throughout the march.

Dr. Akuffo Dampare who only assumed office on Sunday, August 1, invited the group to his office to personally assure them of maximum police protection “from the start to the end”.

The IGP and other Police Chiefs also went through the agreed routes with the group.

“The meeting was held at the request of the newly appointed IGP. According to him, his reason for calling the meeting was to assure us of maximum protection from the start to the end of the August 4 #FixTheCountry protest.

“We went over the routes earmarked for the protest from Obra spot (Circle) — Farisco Left — TUC — Kinbu Senior High School – Centre for National Culture – to Independence Square.  We also explained that we have recruited and trained marshals who will be assigned to liaise with police on anything and to guide the crowd. On COVID-19 protocols, the marshals will be in charge of making sure everybody wears their masks and maintaining distance,” the group said in a statement Monday.