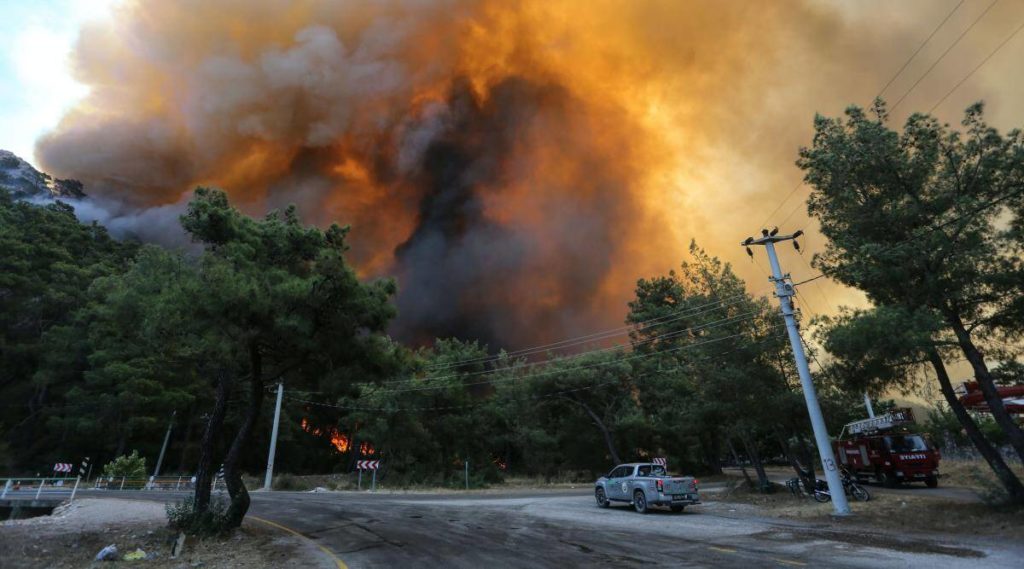 The death toll from wildfires raging on Turkey’s Mediterranean coast rose to six Saturday after two forest workers were killed, the country’s health minister said. Fires have been spreading across the country since Wednesday, burning down forests, encroaching on villages and tourist destinations and forcing people to evacuate. The Minister of Agriculture and Forestry, Bekir Pakdemirli, said Saturday 88 of 98 fires that broke out amid strong winds and scorching heat have been brought under control. At least five people have died in Manavgat and one died in Marmaris. Both towns are located on the Mediterranean and are tourist destinations. In Marmaris, 159 people were treated and one person was still undergoing treatment for burns. Turkish media said hotel guests in parts of the Aegean town of Bodrum were told to evacuate and authorities called on private boats and yachts to assist in evacuation efforts from the sea.