Kotoko and Hearts are our “two biggest clubs”, it’s every player’s dream to don their colours – Ebenezer Sekyere avails himself 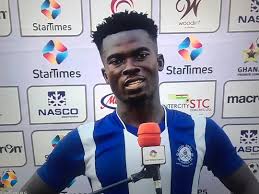 Accra Great Olympics central defender Ebenerzer Sekyere has said he wouldn’t turn down any offer from either Asante Kotoko or Accra Hearts of Oak. 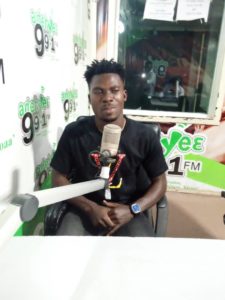 “The most difficult opponent I had ever played against is Accra Hearts of Oak and I will consider King Faisal as my weakest opponent”.

“I have met many strikers but the player that gave me tough time was Joseph Esso, I even had a yellow card because of his strength and pace so it was difficult for me to handle him ”

” I don’t believe in fix matches but I heard of it.As a player, l didn’t witness some but I can’t totally rubbish it ”