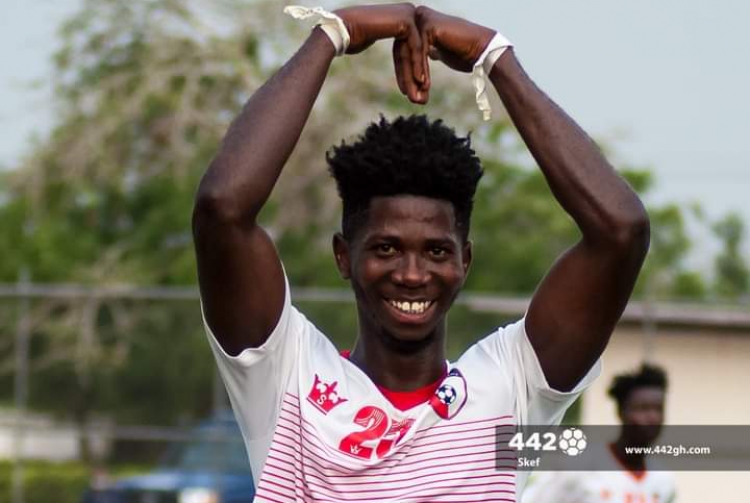 West African Football Academy SC defender Konadu Yiadom is currently in Accra to finalize a sensational switch to Hearts of Oak in the ongoing transfer window.

The Ghana U23 guardsman is believed to have agreed personal terms with the one-time CAF Champions League title holders over the possible switch.

Hearts of Oak are currently busy on the transfer market for strategic signings including the 21-year-old centre-back to bolster their squad list for their next season’s campaign.

However, Hearts of Oak Head Coach Samuel Boadu has reportedly submitted five players to the club’s board of directors, who’ll be needed to strengthen their squad for the domestic league and the 2021/22 CAF Champions League.