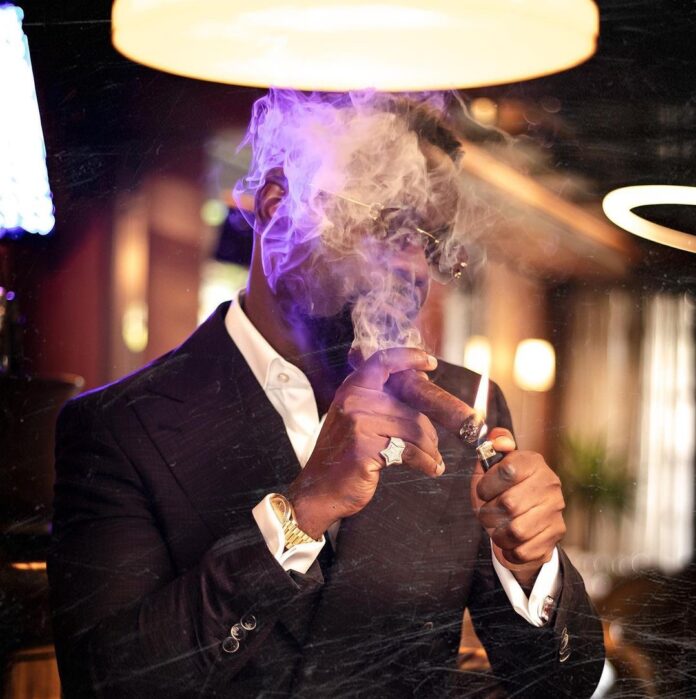 According to the five organizations, Sarkodie is expected to use his influence and platforms positively to educate and instill good morals including healthy living instead of promoting Vice.

A statement by the CSO’s – the Vision for Alternative Development (VALD), the Ghana Non-Communicable Diseases Alliance, Media Alliance in Tobacco Control and Health, Jaishi Initiative, and the Community Health Support Team] said “we are very disappointed in Sarkodie for circulating pictures of himself smoking a cigar on social media without considering the negative influence this singular act stands to have on the public, especially the youth, most of whom consider him as their role model.”

The statement was signed by the Director of Programs of VALD, and National Coordinator, Ghana NCD Alliance Labram Musah.

It called on Sarkodie to desist from the act in both his pictures and music videos to avoid indirectly urging the youth into smoking.

“We are also by this statement calling on the singer to render an apology to all Ghanaians, especially the youth, for such a distasteful act that has the propensity of changing the behavior of our youth from good to bad and pledge to support and promote the health and well-being of all,’’ the statement said.

It entreated, particularly those in the entertainment industry, to note that Ghana’s Public Health Act (Act 851) under part Six, which talks about tobacco control measures, prohibits tobacco advertising, promotion and sponsorship, and also bans its products in the entertainment media.

“We expect Sarkodie to use his influence and his platforms positively to educate and instill good morals including healthy living in his followers and the public,” it said.

The statement said already Ghana was faced with an increased rate of shisha smoking among the youth in second-cycle and tertiary institutions, which had a negative impact on their well being, adding that some countries had banned its use completely.

“We find the act by the two-time BET Award winner as unprofessional, unethical and unhealthy. The youth by virtue of their youthful exuberance and experimentation follow the paths of individuals they have idolized, and such must not be led into deadly pits by these same idols,” it said.

It said tobacco use was one of the leading preventable causes of death in the world, with most occurring in low-and-middle-income countries, including Ghana.

It is estimated that annually about eight million lives are lost to tobacco use, while 600,000 people are also killed by exposure to tobacco smoke worldwide.

“Smoking also increases the risk for tuberculosis, certain eye diseases, and problems of the immune system, including rheumatoid arthritis and many more. Cost of treatment for these effects are very high, which sends the majority of people to their early graves and leads families into abject poverty,” the statement said.

“It is important to note that smokers have a high risk of contracting COVID-19 due to weak immune system as a result of smoking.”

“Just a few weeks ago, during this year’s World No Tobacco Day commemoration, the World Health Organization began a campaign; ‘Commit to Quit’ and so we find this act as a threat to all these efforts by well-meaning people.”