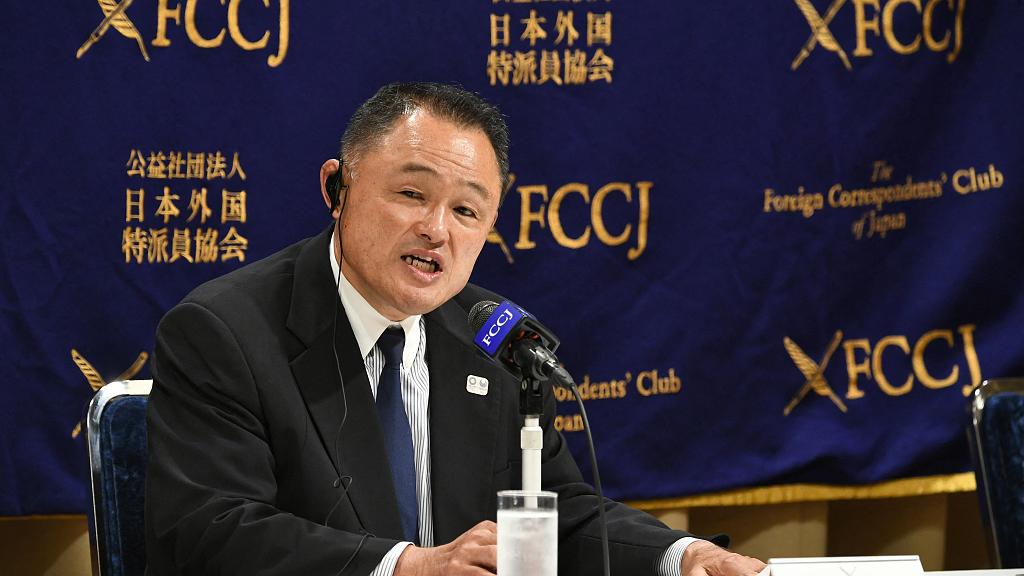 Japan’s Olympic chief said Monday there was “no way” to ensure zero virus cases among teams arriving for the Tokyo Games, as officials prepare to tighten screening procedures.

This comes after two members of Uganda’s Olympic team, a coach and an athlete, tested positive for Covid-19 after arriving in Japan.

“No matter what measures are put in place, there is no way we will have zero positive cases arriving,” Yamashita told reporters.

“Even if you’ve had two vaccine doses, it doesn’t guarantee every individual will be negative.”

On Sunday, a Games official had said teams should be immediately isolated if they arrive in Japan with an infected team member.

“In order to make sure no clusters arise, we need to have thorough measures at the border at the time of entry to Japan,” Yamashita said, adding that daily virus testing would also help reduce the risk of infections spreading.

But he hoped athletes would have “positive memories” of the Games, despite “severe restrictions” that mean they can’t even leave the Olympic Village to buy souvenirs.

Yamashita, a former Olympic judo gold-medallist, said he sympathized with the athletes, who will be confined to the Village when they are not training or competing.

“How can international athletes have some time to relax and create some positive memories?”

“Of course, the top priority is to make it safe and secure, but I think we need to make an effort to give athletes that kind of space,” Yamashita said.

Athletes pull out of Tokyo Olympics

Several high-profile athletes have already said they will not compete in Tokyo, with tennis star Serena Williams the latest to drop out on Sunday.

Williams did not give a reason for her withdrawal, but a ban on family members at the Olympics would have separated her from her daughter.

Athletes must sign a written pledge promising to abide by antivirus rules in Tokyo, including staying away from tourist areas, shops and bars, limiting contact with other people, and not using public transport.

Yamashita, who won gold at the 1984 Los Angeles Olympics but missed the 1980 Moscow Games because Japan boycotted the event, said athletes would find it “difficult” to spend so long cooped up inside.

“I think the athletes will be spending their time here in Japan in extremely restricted conditions,” he said.

“I think this is something that we need to understand, and not think of the athletes as being strong-willed or selfish.”

Yamashita lamented the fact that virus restrictions and a ban on overseas fans coming to Japan means the Tokyo Games will not be the cultural exchange he was looking forward to.

But he still thinks the event can leave a meaningful legacy.

“There was a feeling that the Olympics were becoming huge and extravagant,” he said.

“I believe we’ve been given an opportunity to rethink what the Olympics are about. I think that’s where the Tokyo Games can be significant.”