The GFA doing everything possible to kick-out Nana Yaw Amponsah for nothing sake, “a bogus decision by the DC” – Kofi Manu “Blue Boy” 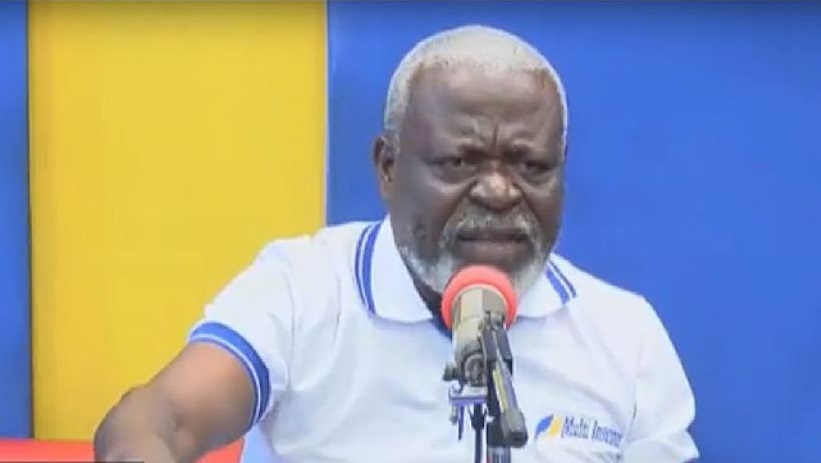 The Disciplinary Committee of the Ghana Football Association on Wednesday released a statement to give a five years ban to the Chief Executive Officer for Kumasi Asante Kotoko Nana Yaw Amponsah and his former Club Phar Rangers .

The ban came as Phar Ranger quited playing in the ongoing National Division one league.

“The ruling of the Disciplinary Committee of the Ghana Football Association against Phar Rangers is hollow, bogus and nothing short of witch-hurting”.

“If Phar Rangers decides not to take this case to the highest level, I will singlehandedly deal with it, because it is the most bogus decision I have ever seen with all the year I have been in football”.

“This current GFA is behaving as though we are in to partisan politics.

“It is dreadful how they’re using all means of kicking out the young man called Nana Yaw Amponsah from our football”.

“There’s no where in our football laws that state you can ban or sanction a shareholder or a director of a club”.

Below is the decision by the DC of GFA 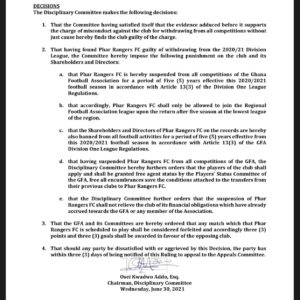