‘Sangorians’ take a page from insurgent playbook in fight against Taliban 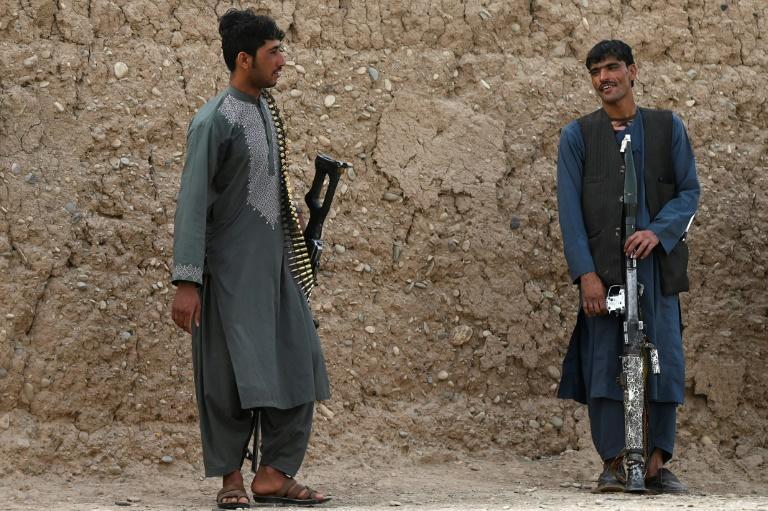 They name themselves after a Turkish soap opera, count former Taliban insurgents among their ranks and dress like their enemies, but the shadowy “Sangorians” militiamen are among the fiercest forces on the Afghan battlefield.

They were established in 2015 by Abdul Jabar Qahraman, a high-ranking politician and military commander who was assassinated three years later by a Taliban bomb.

Local media reports say the covert group has received training from the country’s spy agency as well as foreign forces.

And the Jamestown Foundation — a US-based conservative think-tank — says it was established specifically to infiltrate and disrupt the Taliban.

“We are fighting all day and night,” militia member Ahmad Jan told AFP recently, pointing towards insurgent positions not far from his outpost on the outskirts of Laskhar Gah, the capital of southern Helmand province.

“We don’t get rest even for two hours. This has become our life,” he said, dressed in traditional garments and sporting a beard.

Afghanistan has a long history of local militias fighting for and against authorities in Kabul — frequently switching sides and allegiances depending on the tide of politics.

Government forces have been on the back foot for months as the Taliban step up operations ahead of the US withdrawal scheduled to finish by September 11.

Enter the Sangorians, who took their name from a popular Turkish television serial about undercover operatives, and whom local media reports say the Taliban particularly loathe as many of the militiamen were former insurgents.

Clashes between the Taliban and defectors are known to be “vicious with no quarter given”, the Jamestown Foundation said.

“Consequently, the Taliban uses extreme violence to deal with Sangorian members. Captured Sangorian fighters are tortured brutally and killed by the Taliban,” it said.

The foundation estimated the Sangorian strength at between 500 to 1,000 fighters.

For some militiamen, after losing relatives and comrades in battles with the Taliban, the fighting is personal.

“I lost my son, brother and three cousins,” said Ezatullah Mama, a Sangorian commander leading a band of 25 militiamen in the area.

He said about five years ago the Taliban broke through some areas of Lashkar Gah — including his neighbourhood — and in the ensuing fighting he lost his family members.

“We started fighting the Taliban. I had to fight the Taliban,” said Mama, who like other Sangorians vowed to defend the city from the Taliban, who they consider outsiders.

Helmand provincial council chief Ataullah Afghan acknowledged the support of the Sangorians and the role they play in keeping the Taliban at bay.

“We are asking the government to get more people to be part of the Sangorians in order to defend the province,” he said.