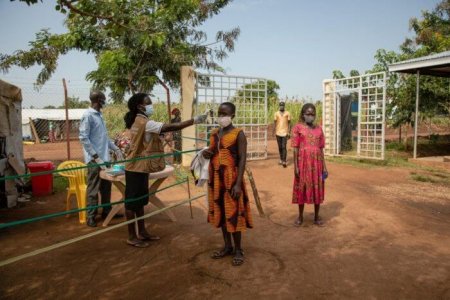 Negative coping mechanisms such as survival sex and child marriage became more common during the pandemic because of severe economic hardship and reduced food assistance, according to UNHCR.

Food insecurity among refugees, measured as the share of households that have run out of food, was much higher than among their host communities (64 versus 9 per cent). Refugees were forced to reduce the amount and frequency of meals eaten in a day. According to UNHCR’s own data, negative coping mechanisms such as survival sex and child marriage became more common during the pandemic because of severe economic hardship and reduced food assistance.

Meanwhile, depression disproportionately affected refugees, at a percentage ten times higher than that of the host community (54 versus five per cent).

More broadly, the consequences of the pandemic increased despair. A separate UNHCR analysis revealed that the total number of attempted and completed suicides among refugees in 2020 increased by 129 per cent compared to 2019, with a total of 347 suicide incidents last year. Data on suicides from the first quarter of 2021 are equally worrying – with 76 recorded incidents, compared to 68 in the same period of 2020. Most cases concern young women affected by gender-based violence – as recorded incidents of gender-based violence almost doubled compared to the first quarter of 2020, reaching 1,394. Lack of income and food insecurity within refugee households have significantly contributed to these incidents.

In coordination with the government, UNHCR and partners continue to provide protection and humanitarian assistance to refugees in Uganda, and support efforts towards a comprehensive refugee response. To respond to the pandemic, refugee response partners have redoubled efforts to ensure continuity of life-saving services and mitigate the impact of COVID-19.

“I applaud Uganda’s inclusive approach to refugees and call on the international community to pay closer attention to the gaps in basic needs of an already vulnerable population,” said Boutroue. “More resources are needed to meet not only the basic needs of refugees, including food and access to water, but also to provide better support for livelihoods, education and mental health.”

UNHCR and the World Bank, together with the Uganda Bureau of Statistics, tracked the socioeconomic impacts of the COVID-19 crisis on refugees throughout three rounds of phone surveys. The data mentioned above resulted from the third round, conducted in February and March 2021.