COVID-19 cases surge by more than 20% in Africa, near first-wave peak 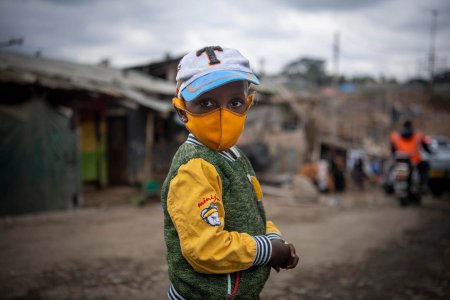 New data from the World Health Organization shows the continent’s third wave is gaining pace and nearing the first-wave peak of more than 120,000 weekly cases recorded in July 2020.

COVID-19 cases in Africa are surging by over 20% week-on-week as the continent’s third wave gains pace and nears the first wave peak of more than 120 000 weekly cases recorded in July 2020, new data from the World Health Organization (WHO) shows.

New cases recorded weekly in Africa have now exceeded half of the second wave peak of more than 224 000 weekly cases in early January 2021. The Democratic Republic of the Congo, Namibia and Uganda have reported their highest number of new weekly cases since the pandemic began.

“Africa is in the midst of a full blown third wave. The sobering trajectory of surging cases should rouse everyone into urgent action. We’ve seen in India and elsewhere just how quickly COVID-19 can rebound and overwhelm health systems. So public health measures must be scaled up fast to find, test, isolate and care for patients and to quickly trace their contacts,” said Dr Matshidiso Moeti, WHO Regional Director for Africa.

Along with other factors, a lack of adherence to transmission prevention measures has fuelled the new surge that coincides with colder seasonal weather in southern Africa and as more contagious variants spread. The Delta variant has been reported in 14 African countries and the Alpha and Beta variants have been found in over 25 African countries.

Africa’s rollout is picking-up speed with over 5 million doses administered in the past five days, compared with around 3.5 million doses per week for the past three weeks. Almost 12 million people are now fully vaccinated, but this is still less than 1% of Africa’s population.

Twenty-three African countries have used less than half of the doses they have received so far, including four of the countries experiencing a resurgence. About 1.25 million AstraZeneca doses in 18 countries must be used by the end of August to avoid expiration. Seven African countries have already used 100% of the vaccines they received through COVAX and seven more have administered over 80%.

“The rise in cases and deaths is an urgent wake up call for those countries lagging behind to rapidly expand vaccination sites, to reach priority groups for vaccination and to respond to community concerns. A number of African countries have shown that they can move vaccines quickly, so while we welcome the recent international vaccine pledges, if we are to curb the third wave Africa needs doses here and now,” said Dr Moeti.

Nearly 85% of all vaccine doses globally have been administered in high- and upper-middle-income countries – an average of 68 doses per 100 people in high-income countries compared with nearly 2 doses per 100 people in Africa. The number of doses administered globally so far would have been enough to cover all health workers and older people, if they had been distributed equitably.

WHO is supporting countries to review and implement resurgence plans down to the district level and is pre-positioning supplies to be ready to deploy to countries that need them. WHO is also expanding access to easy-to-use antigen-detection rapid diagnostic tests in communities that would otherwise not have ready access to the standard polymerase chain reaction testing for COVID-19.

Through a WHO-led regional COVID-19 laboratory referral network, WHO is working with countries to ship samples for sequencing to better understand where and to what degree variants are circulating.

WHO is at the center of Africa’s COVID-19 vaccination rollout, working to coordinate all efforts, giving policy and technical guidance and tailored support to African countries with a range of partners, including assisting countries speed up their roll outs.

With partners, WHO is engaging communities in African countries through their leaders and associations, and social media channels, to promote adherence to the preventive measures, to counter rumors and misinformation and to overcome vaccine hesitancy.