GPL WEEK 29; Hearts vs Medeama game called off due to Ga Mashie damages 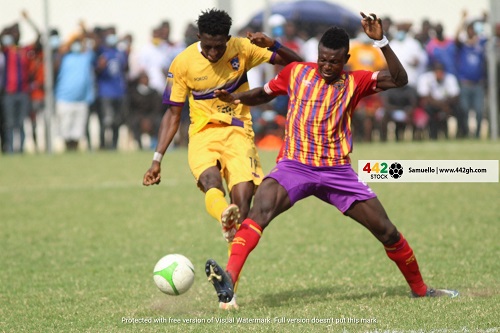 Ghana premier league week 29, match of the week “Hearts of Oak vs Medeama Sporting club has been posteponed indefinitely.

The fixture has been postponed following an ongoing renovation works at Stadium after the Ga Mashie derby between Hearts of Oak and Great Olympics which ended in 1-1 drawn game.

Matches to be played at the Accra Sports Stadium have been postponed until the renovation works is completed, according to the National Sports Authority.

A new date for the fixture between will be communicated in the coming days.