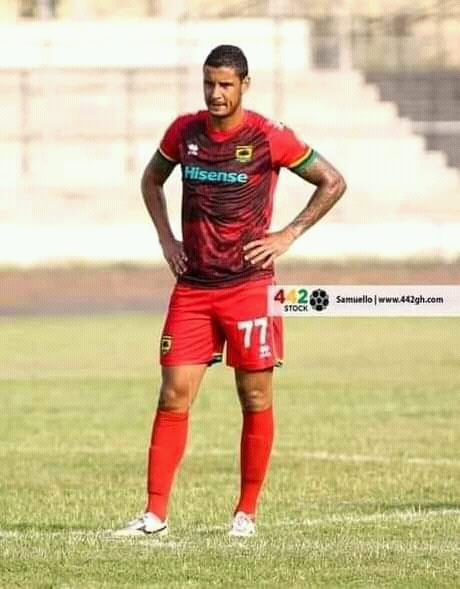 Vinicius departure was “tipped off” by headcoach Mariano Barreto after Kotoko’s MTN FA Cup away victory over BYFA.

According to the statement released by Kotoko, the Brazilian foward had asked for a three months leave to settle his personal and other family impulses but the club sees not to benefit from the striker and had mutually termitted his contract.

Michael Vinicius signed two and a half year contract with Asante Kotoko but could honor only three months for the porcupine warriors.

The statement by Kotoko is shown below 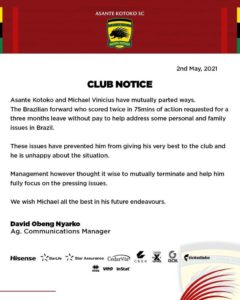