Ho Circuit Court has remanded some twenty-one persons believed to be activists and members of Lesbians, Gay, Bisexual and Transgender Society into police custody.

The suspects were earlier arraigned before the court by the Volta regional police command.

The suspects including sixteen (16) females and five (5) male counterparts upon appearing in Court today Friday 21, May were remanded into police custody and are to reappear on Friday, June 4, 2021.

The suspects who were arrested at Godokpui – a suburb of Ho were arraigned barely 24 hours after their arrest.

The arrest was effected during what appeared to be a workshop being undertaken by the group.

At the commencement of committal proceedings, the suspects have been
charged with unlawful assembly. 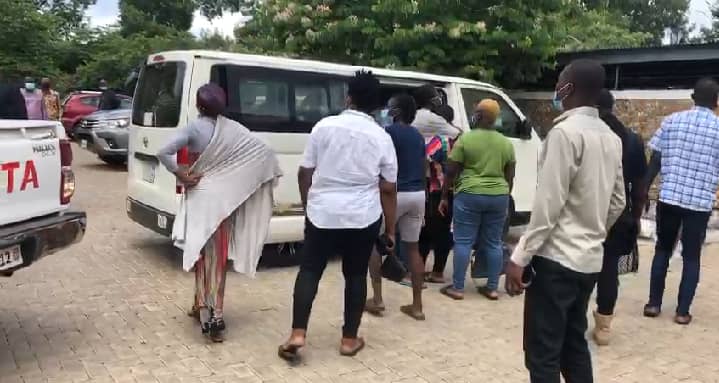 Attempts by counsel for the suspects to get the court to grant them bail proved futile as the court presided over by Justice Felix Datsomor declined the application.

The Volta Regional Police PRO Sergeant Prince Dogbatse disclosed that his outfit “had information that some persons were engaged in a meeting aimed at championing LGBTQI activities and so, we proceeded to the scene to arrest them.”

Items retrieved from the group include materials on concepts aimed at encouraging members to go public on their status, materials on new acronyms for LGBTQ activities, and other related books.