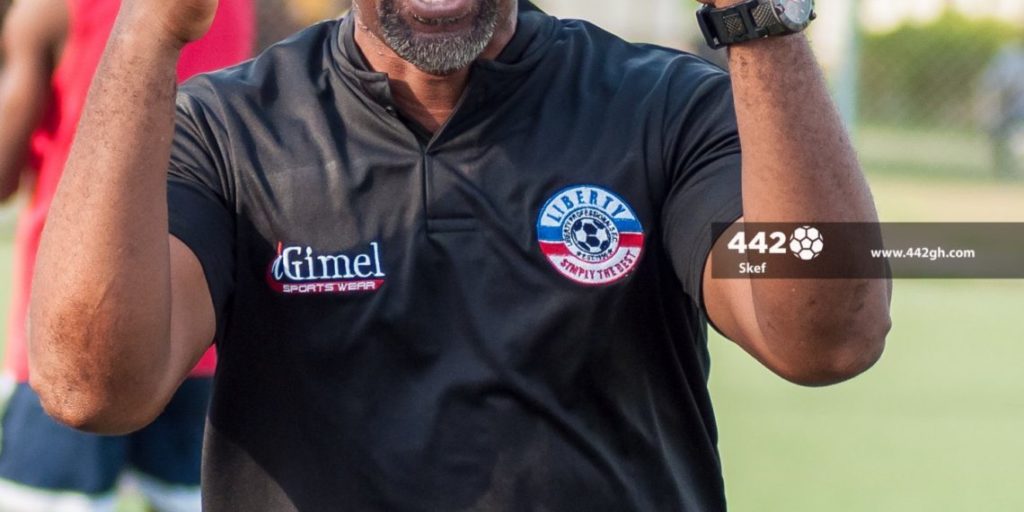 Andy Nana Sinason, Liberty professionals’ gaffer has praised his team for the current form in the ongoing Ghana Premier League.

The former King Failsal trainer is impressed with the performaces of his side and asking more from his players.

Coach Andy Sinason however thanked Coach Sellase Tetteh for his “big mind” behind him.

“I think we are doing well now but we have to work extra harder so that we can stay in the league”.

“For now, were doing everything possible to escape relegation”.

The “Scientific soccer lads” is 16th on the league log with 26 points but coach Sinason is confident Liberty would not be relegated.

“When you have a big football minded person behind you in shape of Sellase Tetteh, we can escape relegation”.

“It has been a great season, arguably the most competetive season Ghana football have seen considering the points on the table”. Nana said when asked his impression on the 2020/21 season.

“Our position on the table is not good and we are finding all good ways of moving higher on the table”.

“Our major problem is how we concede late goals, we are critically working on it and hopefully, it would be solved”.

“It was a must win game with Kotoko, we played very well, created some descent chances but we couldn’t score more”.

“Kotoko played well, they are leading the table and if they maintain or plays little better, they can be champions”.

“We should support and cherish our league because that is what we have, and we can make it one of the best in Africa”.

“I’m not here to talk or say what a referee should do but sometimes, they make big errors”.

“Liberty will stay to play in next season’s Ghana premier league”. He told amnewsworl.com. 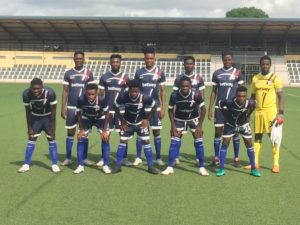