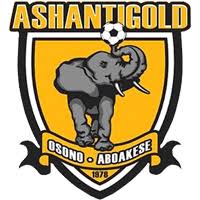 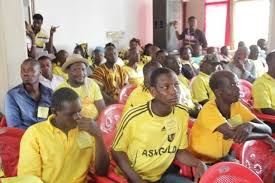 Ashanti Gold supporters last Sunday after their match tempted to curse their head Coach , Thomas Duah but the supporters spokesperson has said the club’s president, Dr Kwaku Frimpong “champion” is responsible for the team’s poor performances in the Ghana league.

“We are angry because of the results, we’re very disappointed”.

“The major cause of our disappointing results is the continual changing of coaches by the management”.

“We have heard the management and the club President Dr Kwaku Frimpong and some management members has been influencing Coaches’ selections for games because they have their favourite players and for that matter they should always play despite their form”.

“The most heartbreaking part is, Ashgold as a club can’t boost of having one coach who’s contract could be guaranteed for just a season, always sacking them even when they’re doing well”.

“Since we started the season, no coach has been on our bench for more than five consecutive matches, some are sacked after their fifth game and others just three matches, is that not irritating”? He sorrowfully asked..

“We want the management especially the President of the club to come and explain why he’s been sacking coaches this way”.

“The current direction of our club is bad, how come Ashgold be seen 10th on the league standing as at week 23? NO! it doesn’t sound well a club of our calibre”.

Gyidie Anamon on Adehyeɛ Fm’s Drive Sports appealed to the King of Adanseman and Obuasi Zongo Chief to come and rescue their beloved club.

“I will plead with Nana Adanse Hene and Zongo Chief to come to our aid because our club is sinking”.

“Gyedie Anamon” also accused players and management of been gambling with their games and cautioned if they don’t stop betting on their games, supporters will rise strongly against them.
“We’re very serious and not joking if they think so, they shouldn’t play with with our happiness”.

“We the supporters has been hearing they’re gambling with our games for their money”.

“We’re doing our critical investigations, if they don’t stop and we find the truth, it’s going to be a disaster”.