Series of attacks force thousands to flee in Burkina Faso 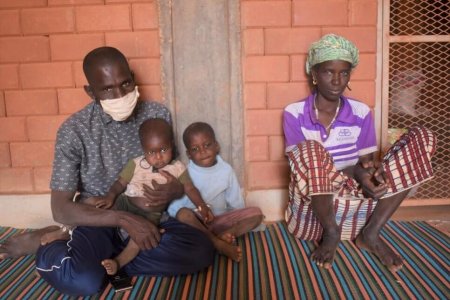 Gunmen carried out a series of attacks in three separate regions, burning down houses and shooting civilians dead. The assailants also ransacked health centers and damaged homes and shops.

UNHCR, the UN Refugee Agency, is deeply concerned by the humanitarian consequences of recent violence in Burkina Faso that has killed 45 people and forced more than 17,500 people to flee their homes over the past 10 days.

Gunmen carried out a series of attacks in three separate regions, burning down houses and shooting civilians dead. The assailants also ransacked health centers and damaged homes and shops.

In the East Region more than 4,400 people fled to the towns of Foutouri and Tankoualou following an attack on the village of Kodyel. In the North Region, violence pushed 10,200 people to flee towards Ouahigouya — an area that already saw arrivals earlier this year. While in the Sahel Region, over 3,200 people have been recently displaced. Our teams are seeing an increasing trend of people fleeing towards larger, more secure urban centres.

Most people are arriving with few or no belongings. Some have been generously welcomed by host families, while others have sought refuge in public buildings such as schools and other temporary shelters. They are in urgent need of food, shelter, clean water, and health care.

In Ouahigouya, our teams and partners are registering new arrivals and providing psychological support and shelter assistance. Insecurity in some areas of the East and Sahel Regions is limiting our ability to reach those most in need.

UNHCR calls for concerted action towards peace and stability and stands in solidarity with the Burkinabe authorities and the victims of violence. Together with our partners, we are ready to assist those newly displaced and to support the authorities and host communities on the front lines of the response.

Violence in Burkina Faso has forced more than 1.14 million people to flee their homes in search of safety in just over two years. The country continues to host more than 20,000 refugees and asylum-seekers, mostly from Mali. More resources are needed to address the growing humanitarian needs. Funding for UNHCR’s response remains critically low, with only 22 per cent of the US$ 91.6 million requested so far received.