Universities staff threatens to strike on May 18 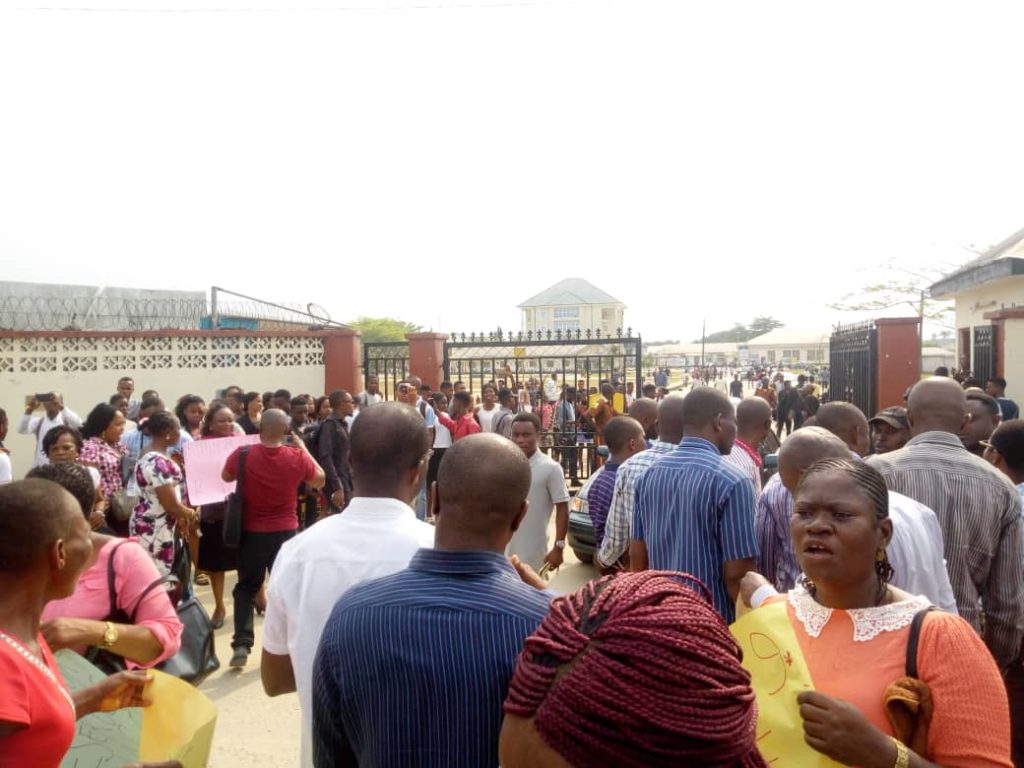 The leadership of the Senior Staff Association of Universities of Ghana has indicated that it will embark on a strike on May 18, 2021.

The association explained that the decision follows the government’s failure to address the concerns of its members after they called off a similar action earlier this year.

The intended strike comes on the back of the government’s inability to pay the tier-2 pension arrears, market premiums and non-basic allowances, among others, of the members of the association.

Speaking to reporters, the National Chairman for the Senior Staff Association of Universities of Ghana, Zakaria Mohammed, said their members will lay down their tools on the said date, adding that they will ensure that no skeletal staff are brought in to work after their strike.

“We will embark on the strike on the 18th of May 2021. We have submitted a letter to the Labor Commission as required by the labor laws to give them seven working days notice. The government has not yielded to the directives of the Labor Commission. This one is going to be an aggravated strike because the last time we went on strike, retired staff were put in the principal offices. This time around, we are going to make sure that no skeletal staff is going to be put in principal offices,” he said.

In February 2021, the Association declared a strike over the same concerns but were forced to suspend it after the National Labor Commission secured an interlocutory injunction from the High Court, Labor Division, against them.

The NLC had earlier given a directive that the government should do everything possible to pay the outstanding pension arrears to the Association by end of March 2021.

The Commission also directed parties to continue negotiations and report to it by the end of April 2021.

A statement issued by the association catalogued their issues below:
1. Non-payment of our tier 2 pension arrears (2010-2016)
2. Market premium and non-basic allowance
3. Failure by Fair Wages and Salaries Commission to finalize negotiations on our conditions of service.