Emmanuel Gyamfi has not renew his contract with Kotoko, I haven’t receive any call from the club about his contract extension- Gyamfi’s Manager revealed. 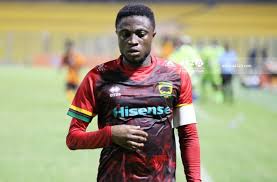 Gyamfi’s contract with Asante Kotoko expires at the end of the season and the club has not make any step of renewing the winger’s deal according his manager.

“His contract has almost expired with Kotoko and we are yet to receive a call from the club either to end it here or continue”.

“I have heard the news saying “Emma” has renewed his contract for three years, it’s not true”.

“Emmanuel Gyamfi is still a player for Kotoko despite even if his contract is left with two months or whatever”.

“There has been contacts from clubs outside the country and also two clubs in our local league chasing for his signature, but the only thing I can tell them is, Gyamfi is still a Kotoko player until his contract expire”.

“Kotoko had given my client a bigger platform and appreciate how the club has treated us this far”. 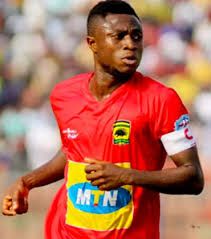 “If your landlord or landlady treats you well and you’re leaving the house you leave in peace, we are really in good terms with Kotoko so when call I will answer”.

“For now there hasn’t been any official call from Kotoko on Emma’s contract as the media had reported ” Mr Ansong on light Fm, kumasi.

The winger has been fantastic for Kokoto, involving himself in two goals in his last two league matches.