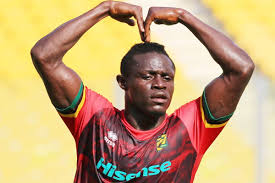 Asante Kotoko confirmed in statement that USM Alger are yet to make payment for the acquisition of their highly-rated goal poacher Kwame Opoku.

Opoku sealed a four-and-half year deal to the Algerian top-flight league club in a deal reported to be around the region of €500,000

He had a successful half-season spell with the Porcupine Warriors in his first year where he scored nine goals in 16 matches.

Opoku joined Asante Kotoko from Division One League side Nkoranza Warriors before the commencement of the 2020/21 Ghana Premier League.

Opoku had his maiden call-up to the senior national team of Ghana in March where he made his Black Stars debut in the 1-1 draw with South Africa in a 2021 Africa Cup of Nations qualifier.

The statement released is shown below… 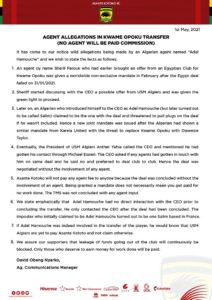