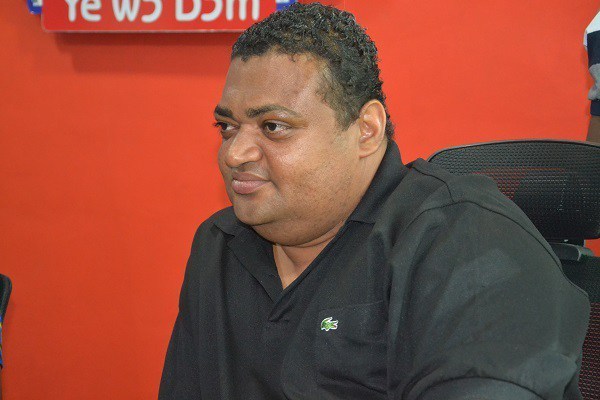 Hon. Yamin on Adehyeɛ FM said he do not understand why the Sports minister is justifying Ghana’s huge quoted amount for the Cameroon 2022.

“For the minister to come out and say playing African Cup of Nations is difficult and requires extra money, I don’t get it.”

“The minister should rather be interested in getting money to run the ministry not to go and play in African”.

“I’m not saying these money isn’t good and won’t help the national team but what i’m saying is that, this money to be raised is going to the GFA’s coffers and would be used for football only which it’s not going to help the ministry in any way but only the football administration”. He explained

“It is sad that the minister is not interested in getting money to run the ministry who has nothing in it’s account”.

“If the Minister can help raise $15m which is almost Gh₵80m from the cooperate bodies for only football, for that matter Black Stars, why don’t he raise that money for the ministry to run all sporting activities”?

“Never true money can win us the AFCON trophy, money alone can’t do, there are a lot of factors to be considered”.

“Selecting the right players for the competition, proper preparation for the competition, better technical team who can make right decision t’when the going get tough and above all, luck. These win a trophy, not millions of dollars or cedis as they think”. He revealed..

“The money quoted for the Black Stars is not bad but I think it’s an avenue to get something into their pockets”.

When asked why every government put monies in the Black Stars despite winning nothing for the nation, he said…

“No one should compare our $3m to their quoted $25m please, we used $3m as a budget for the 2014 world cup which it’s appearance fee alone was $3m so we shouldn’t compare them in anyway”.