Raising $25m for the Black Stars to win AFCON with C.K Akunnor is a “big joke” – Alhaji Karim Grusah 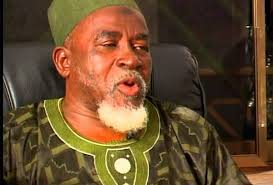 Bankroller of Kumasi King Faisal FC has hailed the government of Ghana for his said ways of helping the National team to win the African Cup of Nations but insisted with Charles Kwablan Akunnor as head coach, Ghana can’t win any trophy.

President Akuffo Addo this week instituted a committee to help raise $25m for the senior soccer national team as they prepare for the AFCON in January 2022.

The astute football administrator praised the central government for taking such a decision.

“Let’s thank the president for his effort to end Ghana’s trophy drought, seriously, $25m isn’t any huge amount as people see it”.

Comparing to other country like South African and the rest, you’ll know the quoted $25m is even small because players, team and others officials would be paid”. He explained

“It’s just like we are borrowing them with that money, when they win the ultimate, the money from the tournament would pay us back”.

“It’s Covid that has make things so difficult like $25m is not any huge amount to be raised, for me, I see it to be a very good decision”.

“If someone is saying Black Stars are squandering the nation’s money for nothing then we stop participating in the competition to save those monies for something they think it’s better”.

Alhaji Karim Grusah who believe only in white coaches said if Black Stars would be led by Charles Kwablan Akunnor, Ghanaians and the President should forget about winning the trophy in Cameroon.

“I believe we can win the trophy but not with this coach, Ghana need a white coach because football is managed by critical thinking person and I know you understand me well”.

“Have you see any white man doing his coaching course or even an attachment here in Ghana? No! Our men travel there to study from them”. That shows the differnce.

“If you think C.K Akunnor can win us the trophy, send him and you’ll thank me later”. Alhaji added 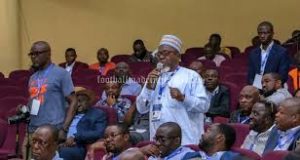 “I’m a Ghanaian, I can’t support Burkina Faso or any other country than Ghana but this coach has nothing better to lead our team for the trophy”. He concluded .