Leave those speaking against the President’s Steps to end Ghana’s AFCON drought, “They do not know their left and right” – Hon. Yaw Boateng Gyan 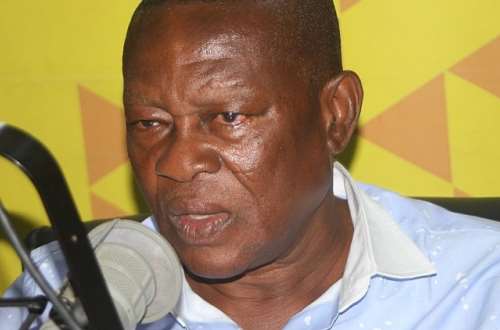 President Akuffo Addo in a meeting with Mr Kurt ES Okraku (GFA president) and Legendary Sammy Osei Kuffour suggested a huge amount that the government would pump into the Senior National Team, Black Stars of Ghana, with the aim of bringing the AFCON trophy to Ghana as the Stars prepares for the Cameroon Tourney next year january.

Many astute football administrators has spoken against how the Nation hugely spends on the Stars during Competition which turn to result nothing better for the country.
But Hon. Yaw Boateng Gyan is of differnt view.

In an interview with Kumasi based radio, Gye Nyame fm, Mr Gyan said;

“It is a very good approach by the president.The steps he has taken is a step in the right direction”.

“The targets set too are achievable.The President is a football fan and with the help of the cooperate bodies in raising the $25m, I belief we can achieve it”.

Mr Boateng Gyan despite being a staunch NDC member, he never mix football issues with politics.

“I have always maintained that I will never involve politics in football matters because I was a football administrator before politics, I will always be candid when it comes to sports.Football is the only thing that unites us”.

“For the first time I will applaud the president for the steps taken because it will project Ghana if our targets are reached”. He acknowledged..

“Whoever thinks money does not play a role in winning trophies does not know his left from the right”. He ended.