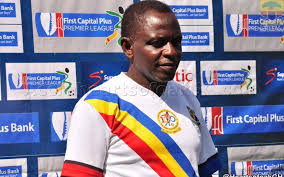 Mohammed Ahmed “Polo”, former Accra Hearts Of Oak’s Coach and Ghana international has shared his view on President Nana Akuffo Addo’s target for the Blacks Stars to win the forth coming African Cup Of Nations, Cameroon 2022, insisting the target should have been set to win the FIFA World Cup, 2022 in Qatar.

“There’s nothing in this world that is not achievable and this is a challenge by the president”.

“With this vision, the coach should have a direction and I will call him personally to have a discussion which I will tell him it’s possible for him to do”.

We have to let the players realize that this is the target and is to win world cup for the nation with this quoted amount of money, they will surely give their all in achieving it.

“For me, I think the target should have even be to win the World Cup because in South Africa it was Luis Suarez that denied us to clinch the ultimate”.

However, We have to build the team around Thomas Partey, Dede Ayew, Jordan Ayew and Kudus Mohammed to achieve the set targets.

Ahmed Polo, popularly known as the “Dribbling magician” who was part of the squad which won Ghana’s “Host and win” AFCON trophy in 1978 challenged the current players to win a trophy for the nation.

“Fortunately for these players, they have a very strong finacial backing from the government, they have funds set aside to push them to achieve it, I believe it’s time they bring the trophy home again.”