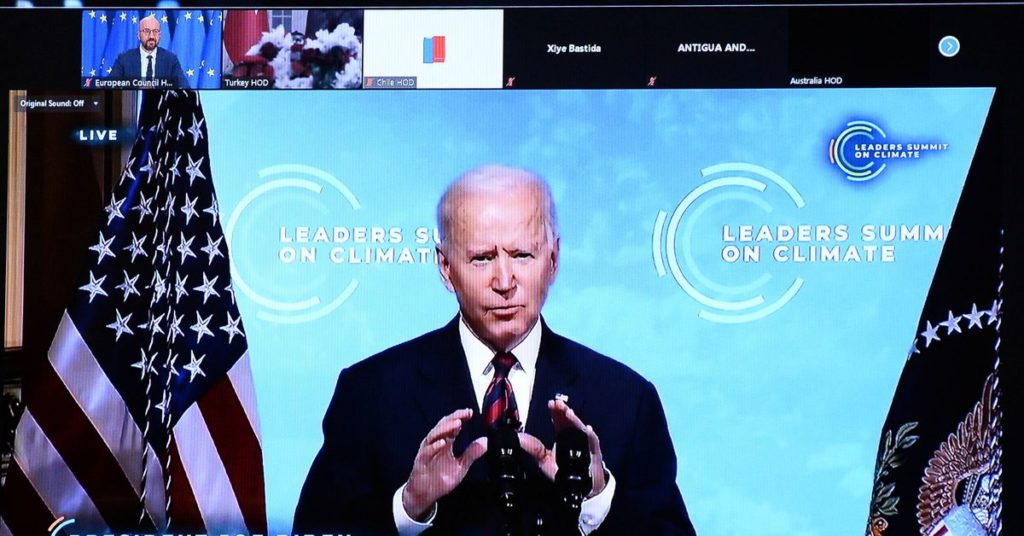 Biden called the two-day meeting with dozens of heads-of-state to declare the United States back at the climate leadership table after his predecessor, former President Donald Trump, withdrew from the Paris agreement to cut greenhouse gas emissions.

The Democratic president, who returned the United States to the pact, announced a new U.S. target on Thursday to reduce its emissions 50%-52% by 2030 compared with 2005 levels. Japan and Canada also raised their targets.

The White House has sought to assure other countries that it can meet that target, even if a new administration takes over, because industry is moving toward cleaner power, electric vehicles, and more renewable energy anyway.

“The world, as a whole, is moving in this direction,” Biden’s climate envoy John Kerry told reporters.

“These companies have made this critical, long-term, strategic marketing judgment, and that is the way the market is moving. No politician, no matter how demagogic or how potent and capable they are, is going to be able to change what that market is doing,” he said.

On Friday the administration rolls out top cabinet officials and business leaders to make the case for technology’s role in a “net-zero, climate-resilient economy.”

Biden has sought to connect efforts to fight climate change with opportunities to create jobs, arguing that taking action will be good for the economy, countering Republican concerns that overzealous climate regulation could damage the economy.

Gates and Bloomberg, both wealthy businessmen-turned-philanthropists, have focused their energies on climate change in recent years. Gates has invested about $2 billion toward the development of clean technologies, mostly in electricity generation and storage.