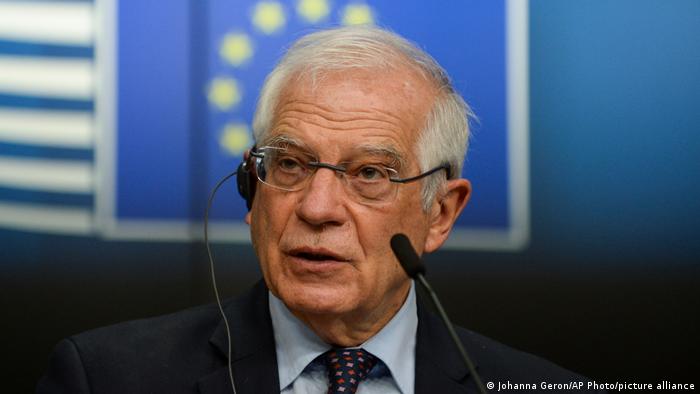 Despite the largest-ever deployment of Russian military on the Ukrainian border, the EU will not impose more sanctions. Its response to the treatment of hunger-striking Putin critic Alexei Navalny: Nothing but appeals.

The EU foreign ministers have imposed additional sanctions against the military junta in Myanmar, in this case against two of its corporations, the Myanmar Economic Corporation (MEC) and Myanmar Economic Holdings Ltd (MEHL). But concerning the more than strained relationship with Russia — the one issue truly at the heart of the conference — the Europeans did not get beyond appeals to President Vladimir Putin.

“It is the highest military deployment of the Russian army on the Ukrainianborders ever,” EUforeign policy chief Josep Borrell noted in a press conference after speaking to his colleagues in a video conference. He mentioned 150,000 troops, but was unable to name the source of the figure, which was later revised by a spokeswoman for the EU foreign policy commissioner who told German news agency Deutsche Presse Agentur that the figure was closer to “more than 100,000” Russian soldiers. 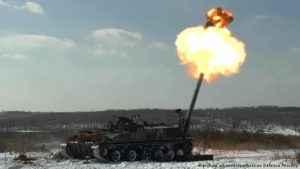 Borrell  said Russia was now setting up field hospitals and shipping even more equipment. “The risk of further escalation is evident,” Borrell warned, adding that “when you deploy a lot of troops, a spark can jump here or there.”

Despite consultations with Ukrainian Foreign Minister Dmytro Kuleba, who had urged additional sanctions against Moscow, the EU took no action at all in the end. “We have to commend Ukraine for its restrained response” to Russia’s provocations, was all Borrell said.

German Foreign Minister Heiko Maas, too, mentioned avoiding a spiral of escalation caused by unintended events and called for “confidence-building and de-escalating measures.” The countries involved, he said, would continue their efforts in the Normandy format (Germany, France, Russia and Ukraine) to finally implement the Minsk agreement.

With regard to the massive troop buildup in the region, it is not clear how disunited the EU really is behind its diplomatic pronouncements. Maas said “the EU is at present not lagging behind anyone in terms of sanctions” — referring to sanctions that have been in place for years in reaction to the illegal annexation of Crimea. 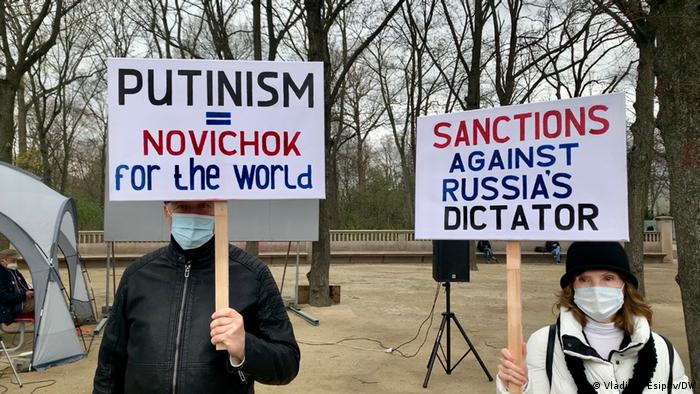 The EU has not gone beyond appeals in the Navalny case

It is clear the deployment of troops is not acceptable to the EU and will have consequences, according to the German foreign minister — however it seems Brussels is still pondering what those consequences will be.

Over the weekend, French President Emmanuel Macron was more outspoken in an interview with CBS, saying dialogue with Moscow is important, but the international community must draw “clear red lines” with Russia. “That’s the only way to be credible. I don’t think sanctions alone are enough, but they are part of the package,” Macron said.

Once more, chief diplomat Borrell, the EU foreign ministers and the EU Commission president urged Moscow to release Alexei Navalny from detention in view of his poor health. Borrell said he has a letter from Navalny’s team that says the regime critic’s health is deteriorating.

Borell welcomed recent reports from Moscow that Navalny has been transferred to another prison hospital, but added he should also have access to doctors he trusts. “The Russian authorities are responsible for Mr. Navalny’s safety and health and we will hold them to account for it,” the EU chief diplomat said. The threat remained vague, however — presumably the EU is aligning with Washington: the White House has warned Russia will face consequences if the opposition politician dies in custody.

Recent events in the Czech Republic have placed the country on a clear collision course with Moscow, ending Prague’s flirtation with a special relationship between the two countries. Czech intelligence has identified Russian agents behind a 2014 arms depot explosion that killed two people. Czech Foreign Minister Jan Hamacek gave his EU colleagues details. 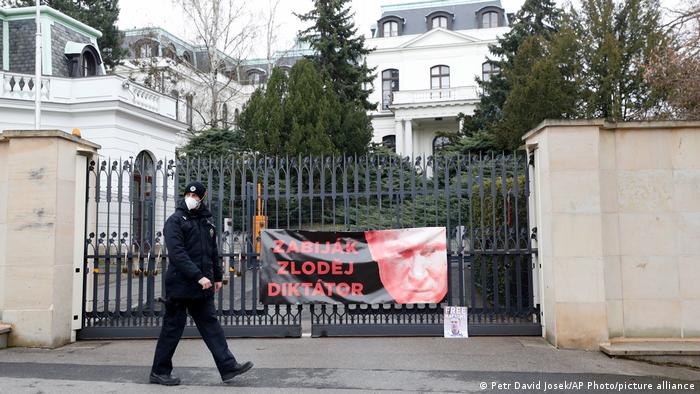 Diplomats have been expelled on both sides

Two men involved in that attack used the same passports as the suspects in the 2018 Novichok attack on former Russian agent Sergei Skripal in the British town of Salisbury. All evidence points to the FSB Russian foreign intelligence agency. The ammunition depot belonged to a Bulgarian arms dealer supplying Ukraine for its fight against pro-Russian separatists in the Donbas.

The Prague government is angry that the sabotage took place on its territory. The Czech parliament has called it the most serious attack against sovereignty since 1968. Both sides have meanwhile expelled diplomats.

The incident is regarded as a wake-up call for all EU governments to pay closer attention to Russian diplomats and agents. While the EU has expressed solidarity with the Czech Republic, and the discussion is still ongoing — according to the German foreign minister — the Czech Republic already plans to exclude Russia from the bidding for a new nuclear power plant, and has canceled orders of Russia’s Sputnik V coronavirus vaccine.

The Czech government has joined the ranks of Moscow critics in the European Union — another voice in favor of further punitive measures.