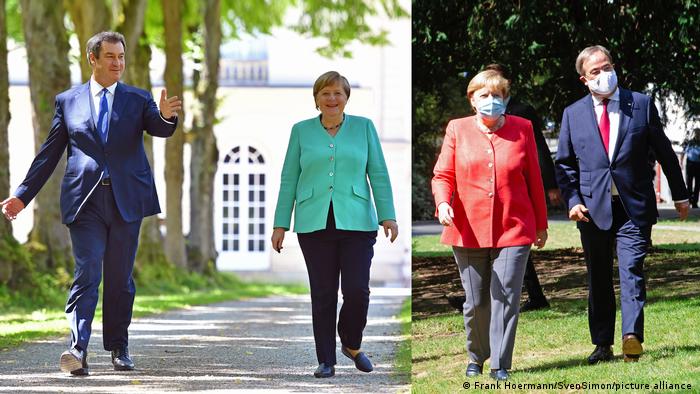 Merkel loyalist Armin Laschet and Bavarian leader Markus Söder have both said they are ready to run for Germany’s chancellor. The conservative Christian Democrat-Christian Social Union bloc must now decide.

Germany’s ruling conservative bloc met on Sunday to discuss who would stand as the successor to Angela Merkel as the bloc’s candidate for chancellor in this year’s election.

The leading candidates to fill Merkel’s shoes are Armin Laschet, the state premier of North Rhine-Westphalia, and Markus Söder, the state premier of Bavaria. Laschet is seen as Merkel’s favorite and currently leads her Christian Democratic Union (CDU), while Söder serves as the head of Bavaria’s Christian Social Union (CSU), which is the CDU’s closest political ally.

“We have both declared that we are ready,” Söder said during the party meeting, according to reports from the DPA news agency. He said the discussion was “not decisive,” as both candidates were suitable for the job.

Söder stressed that the decision would be based on what is best for the country, not on the candidates’ individual ambitions, and that harmony in the bloc was of utmost importance.

“We don’t quarrel on the basics,” Söder said.

The CDU and CSU are part of a grand coalition with the left-leaning Social Democrats (SPD). Merkel — who has been chancellor since 2005 — said she would not stand again.

DW Washington bureau chief Ines Pohl wrote on Twitter that the official announcement by both candidates came “at a moment when the conservative party CDU seems to be in free fall,” referencing their recent drop in the polls.

What is the rivalry about?

Before addressing the press on Sunday, the 54-year-old Söder expressed his willingness to run as the candidate for the conservative bloc for the first time on Sunday.

“If the CDU were willing to support me, I would be ready. If the CDU does not want it, then we will carry on working together without a grudge,” Söder told the meeting.

The CDU chose Laschet as its new party leader earlier in the year. By convention, the party leader stands as the chancellor candidate for the party.

The 60-year-old Laschet, the premier of Germany’s most populous state, has seen his popularity fall, while Söder has become a more popular choice among conservative and nonconservative voters alike, according to recent polls. 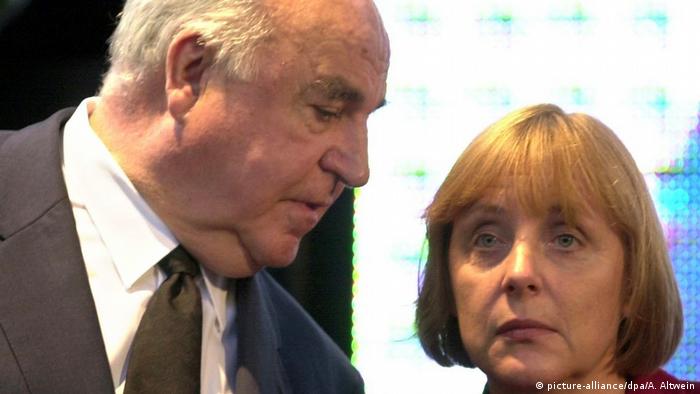 Former Chancellor Helmut Kohl and other political insiders once called her his “girl.” She stepped out of his shadow in 2001, when she led the Christian Democrats (CDU) in the opposition. But it was 2005 when her real moment came.

Laschet told the newspaper Bild am Sonntag that he expects the party to make a quick decision.

“Unity is very important. It would do the CDU and CSU a lot of good to make the decision together. And very promptly,” he said.

Following Sunday’s meeting, Laschet said it was not clear when the decision would be made.

Where do German conservatives stand with the voters?

The CDU is facing a decline in popularity after a series of pandemic-related scandals. Polls had shown general support for the conservatives during the beginning of the health crisis last year, but the bloc took a hit after several members, including lawmakers in the Bundestag, were forced to step down following allegations of corruption.

CDU member on regional elections: ‘We need fresh wind in our party’

The government has faced criticism for its handling of the vaccine rollout and restrictions during the third wave of COVID-19 infections.

The party recorded historically low results in state elections in Rhineland-Palatinate and Baden-Württemberg in March.