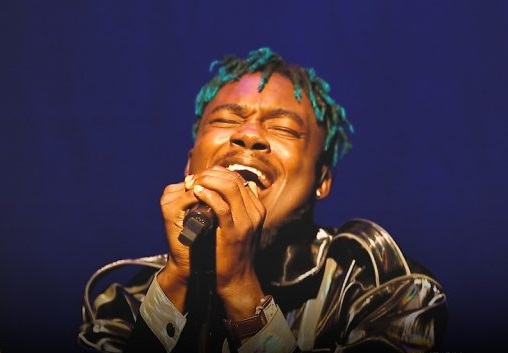 Not only did Camidoh win a $500 present from IMANI Africa boss, Franklin Cudjoe for his performance at the maiden Entertainment Achievement Awards; he has also secured a gig in an upcoming show in London.

“Because of your event [the Entertainment Achievement Awards], we are actually booked for a concert in London in July,” he disclosed.

George intimated that Camidoh has performed on a lot of platforms, but his act at the Entertainment Achievement Awards has won him a lot of spurs in the music circles.

According to Franklin Cudjoe, the Founding President and Chief Executive Officer of a policy think tank, IMANI Africa, he also decided to give Camidoh $500 after his performance to inspire others to appreciate the arts.

“I’ve actually heard about Camidoh again through Citi FM, and I was taken at the time because I felt that it was fresh music. There was something about his music that was quite original, and I thought that seeing him on stage perform was actually a different kind of performance. “For the first time I saw him perform was with a band, so even though he sang very well, there was much difference on the day he performed at the [Entertainment Achievement] awards night,” he said.

He added that the song “struck his sensual cord” and as someone who has a love for the arts, that was a way to help project the arts.

“A part of me also did that because I know that it could inspire others to look towards the arts and beyond that, just actually giving donations starts building the prosperity of our artists,” he added.

Camidoh was also nominated in the Album of the Year category of the awards for his Contingency Plan EP.

The Entertainment Achievement Awards are an award scheme dedicated to rewarding the hard work of people in the showbiz space.

It was powered by Citi FM and Citi TV and was sponsored by Good Day Energy Drink.