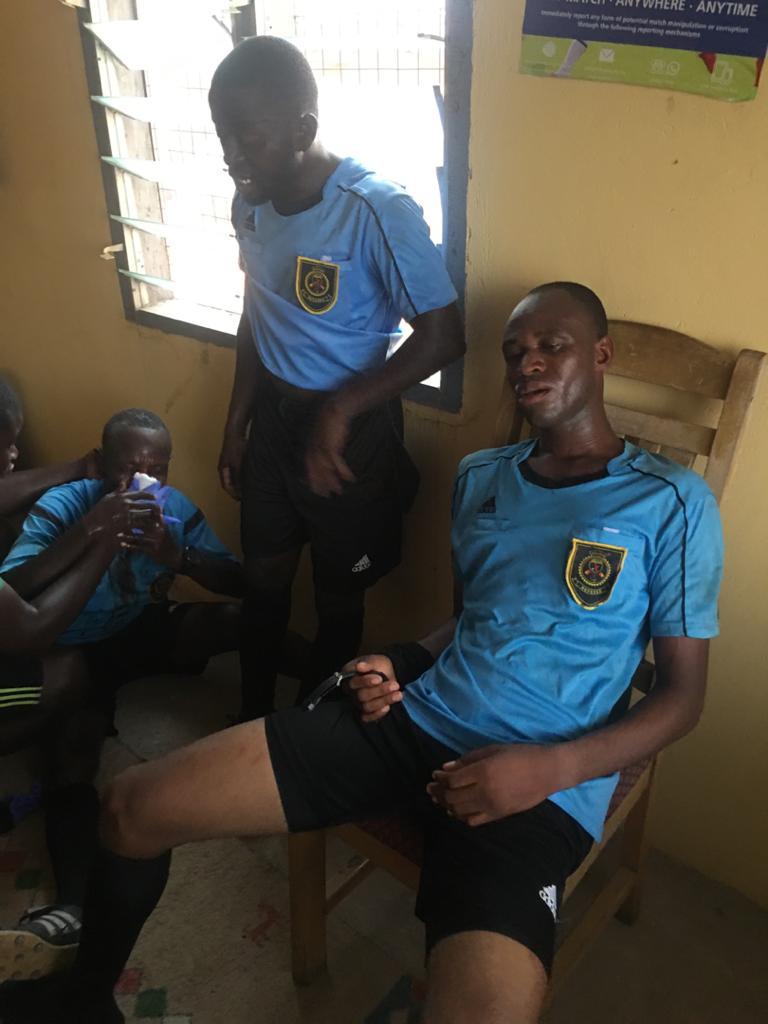 Supporters of Ghana Division One League side Wamanafo Mighty Royals on Sunday attacked match officials and beat them to a pulp after their game against Bofoakwa Tano.

The fans of the home team took to the field after the final whistle and assaulted the match officials, resulting in centre referee Niatire Suntuo Aziz losing some of his teeth. 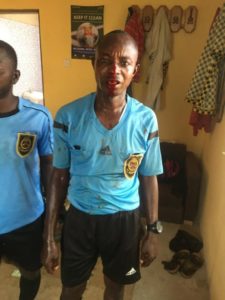 The game ended in a goalless draw at the end of the 90 minutes, and the home fans who were not satisfied with the performance of the referee took the law into their hands leading to the severe beatings of the referees.

The game was supposed to be played behind closed doors due to the outbreak of coronavirus pandemic, but supporters invaded the stadium with little or no control from the management of the team.