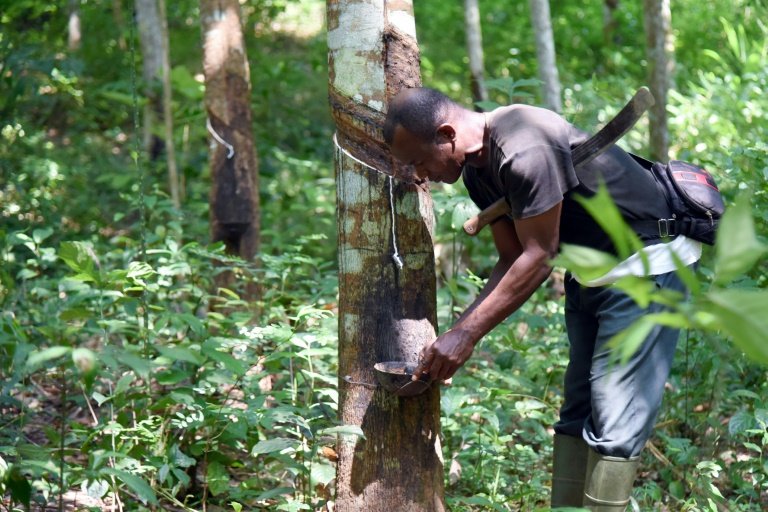 Ivory Coast has been ranked the fourth largest rubber producer in the world, according to the country’s Association of Natural Rubber Professionals (Apromac).

Their production is still far from the leader, Malaysia, which produces nearly ninety percent of the world’s rubber trees.

Ivory Coast produced nearly one million tones of natural rubber in 2020, which represents 80% of the continent’s latex.

Ivory Coast rubber production has continued to rise since 2005 when they produced 170,000 tones of paltry products.

The West African country was previously ranked 7th globally and is now aiming at increasing production to top the world in rubber production.

Demand for Ivory Coast rubber has particularly grown strong in Asia, a shift from its traditional destinations like Europe.

In recent years, new plantations have proliferated as farmers switch from cocoa to rubber in search of more stable incomes.