Ghana: I’m not behind the 2024 campaign posters – Veep 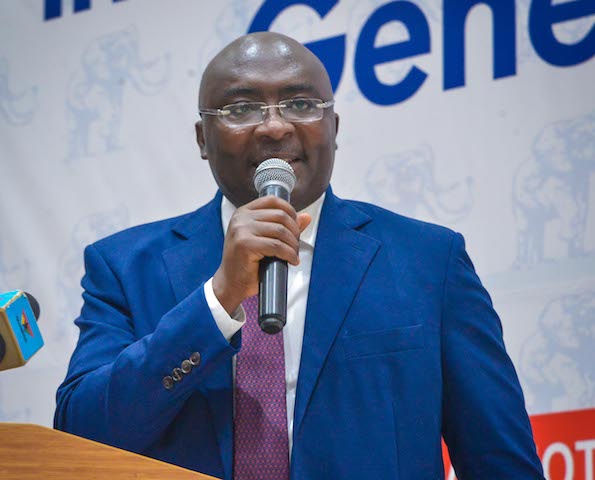 The Vice President, Dr. Mahamudu Bawumia, has distanced himself from some campaign posters indicating his decision to contest the 2024 presidential elections.

Social media in the last few days have been awash with campaign posters of Dr. Bawumia with ‘Break the 8’ tagline.

But in a statement, Dr. Bawumia stated that his focus is helping President Akufo-Addo have execute his transformation agenda and not focusing on the 2024 presidential ticket.

“The Office of the Vice President has taken notice of the proliferation of posters around the country apparently promoting H.E. Dr. Mahamudu Bawumia as the candidate of the NPP for the 2024 elections.

“For the record, the Vice President has not given his consent to these and other associated activities.

“The Vice President remains focused on assisting His Excellency the President in the execution of his agenda to transform Ghana. This is where everybody’s focus should be.”

The response by the Vice President comes after the Minister for Food and Agriculture, Dr Owusu Afriyie Akoto, last week dismissed reports that he initiated moves to contest the presidential slot for the ruling New Patriotic Party.

“I decided to go to Kumasi and have some rest during the weekend and try to recover from a fever I was running after I attended the budget reading in parliament on Friday, 12 March 2021. As a former member of parliament in the region and as a senior member of this government, I accepted to grant and audience to some party executives who had been making calls for a meeting to discuss matters concerning the welfare of the party. However, such meetings will end with an amount given as transportation to guests who came from far and near. ”