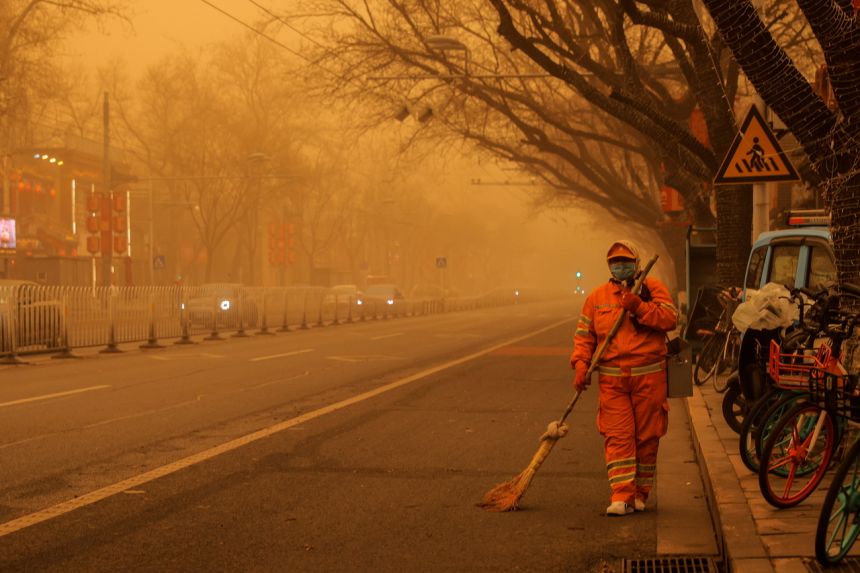 The Chinese capital Beijing was shrouded in thick brown dust on Monday morning as a result of heavy winds blowing in from Inner Mongolia and other parts of northwestern China.

The China Meteorological Administration announced a yellow alert on Monday morning, saying that the sandstorms had spread from Inner Mongolia into the provinces of Gansu, Shanxi and Hebei, which surrounds Beijing.

Readings of PM2.5, smaller particles that infiltrate the lungs, were also approaching 300 micrograms per cubic meter, far higher than China’s standard of 35 micrograms.

Beijing faces regular sandstorms in March and April as a result of its proximity to the massive Gobi desert as well as deforestation throughout northern China.

Beijing and surrounding regions have been suffering from relatively high levels of pollution in recent weeks, with the city also shrouded in smog during the opening of parliament starting on March 5.