Human rights activists call for a boycott of the 2022 Beijing Winter Olympics. 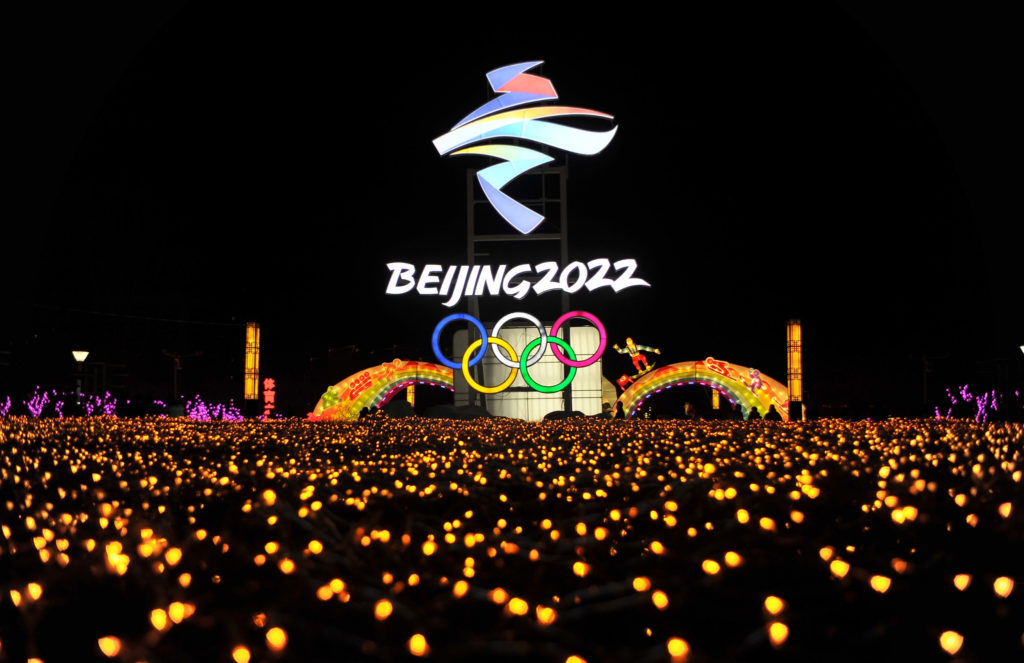 It’s driven by the widely reported internment of Muslim Uyghurs and other ethnic minorities in China, which has been termed a genocide by human rights groups.

A broad coalition representing Uyghurs, Tibetans, Hong Kong, and Chinese democracy campaigners is pushing for everything from a hard boycott to a so-called diplomatic boycott.

Activists are also reaching out to national Olympic committees, athletes, and sponsors after failing to get the International Olympic Committee to move the games out of China. Beijing is the first city to win the right to host both the Summer and Winter Olympics.

The 2008 Beijing Olympics were held with the hope of improving human rights in the country.

President Thomas Bach says the IOC must stay out of politics although it holds observer status at the United Nations, and Bach has touted his own efforts to unite the two Koreas.

“We are not a super-world government where the IOC could solve or even address issues for which not the UN security council, no G7, no G20 has solutions,” Bach told a news conference last Friday after three days of IOC meetings.

“China firmly rejects the politicization of sports and opposes using human rights issues to interfere in other countries’ internal affairs,” foreign ministry spokesman Zhao Lijian said a week ago. He said an effort at a boycott “is doomed to failure.”

Activists met late last year with the IOC and asked the 2022 Olympics be moved.

They also asked to see documents the IOC says it has in which China gave “assurances” about human rights conditions.

Activists say the IOC has not produced the documents. The virtual meeting was headed by IOC member Juan Antonio Samaranch, who oversees preparations for Beijing.

“We felt like the IOC were having a meeting with us, more so that they could say they were having a meeting with us rather than because they actually wanted to listen and act on anything that we had to say,” Gloria Montgomery, campaigns coordinator at the International Tibet Network, said in a virtual briefing with other activists over the weekend.

Montgomery used the 91,000-seat Bird’s Nest stadium in Beijing to illustrate the size of the internment. She said if 2 million were being held, that number would fill the massive stadium 22 times.

“How many people need to be locked up before the IOC changes course?” she asked.

Activists are talking about softer forms of a boycott, but have not ruled out the kind of boycott led by the United States in the 1980 Moscow Olympics; 65 countries stayed away, including China, and 80 participated.

“I think a diplomatic boycott would be very much welcome by all of our communities. We have been looking towards accountability, and that is definitely part of that path toward accountability,” said Zumretay Arkin, spokeswoman for the World Uyghur Congress.

“Of course, it’s unfair to the athletes, but athletes also have a conscience and an opinion of their own,” she added.

Bach, who won a gold medal in fencing in the 1976 Games, was deprived of going to Moscow in 1980 as a member of the West German team. He opposes a boycott, which would also hurt the IOC finances and its image.

It’s also one of the few leverage points activists have.

“Before we called for a boycott, we hoped that the IOC could strip China of hosting the Olympics, but they didn’t want to do that,” said Teng Biao, an exiled Chinese human-rights lawyer and activist.

“I think the Olympic is something the Beijing government cares very much about. We should not give up that chance.”

Teng also welcomed athletes and other participants to protest if the Olympics take place — with social media posts, by wearing descriptive t-shirts, or by skipping the opening ceremony.

“In terms of the people in Tibet, Uyghurs, Chinese people living in China, I don’t encourage them to protest because the Chinese government has been increasingly brutal. I don’t want them to take a risk to protest during the Olympics,” Teng said.

Several activists cautioned that even athletes and other participants from abroad could be arrested in China under a far-reaching national security law.

“When we call for a boycott, it has to be a coordinated boycott led by democratic countries who are now accepting that the genocide that is happening,” said Dorjee Tseten, executive director at Students for a Free Tibet.

“If we don’t stand now, it will be impossible to make China accountable.”