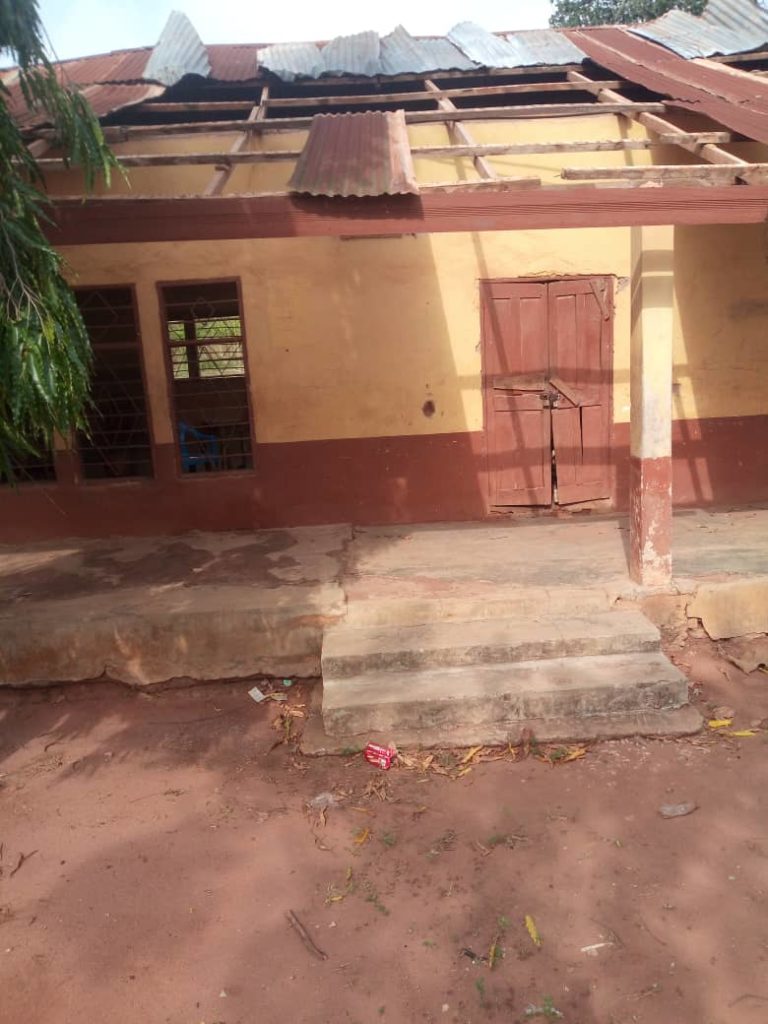 Three classroom blocks at Kofiase within Mampong municipality in the Ashanti Region have been left to deteriorate since the roof of the said building structure was blown off by a heavy downpour about a month ago. 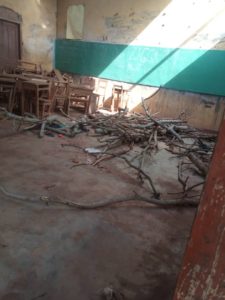 Classrooms been used as a store room for firewood.

According to AMN News reporter, Khalid Kizar, classes take place under mango and cashew trees on the school premises. Some parents also expressed their worries about how the situation has affected school lessons and activities.

They, however, called on local authorities, Mampong Municipal Assembly as well as Ghana Education Service to intervene as soon as possible before the thing gets out of hand. 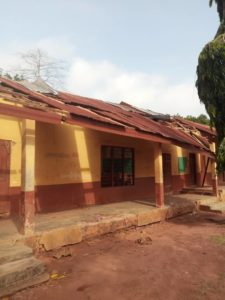 Kofiase is the second biggest town after Mampong, the capital of the municipality where most of the people within the community are farmers. The town is mostly known as the producers and suppliers of Cocoayam, mostly refer to as “Kofiase Mankeni”, Cassava, Yam, Plantain, Tomatoes, Cocoa, Palm oil, Thick Plantation among many others.

The town has been denied so many facilities and infrastructural development because of administrative and chieftency controversies. Somewhere 2007, during President Kuffour’s regime, a proposed oil factory meant to establish in Kofiase was diverted to Nkwanta, a small town located at Ejura-Atebubu road, the road joining Mampong-Kofiase was left to a deplorable state until recently that the road has been fix after an announcement by H.E Nana Addo Dankwa Akofo Addo in one of his speech during The State of the Nation’s Address in Parliament.