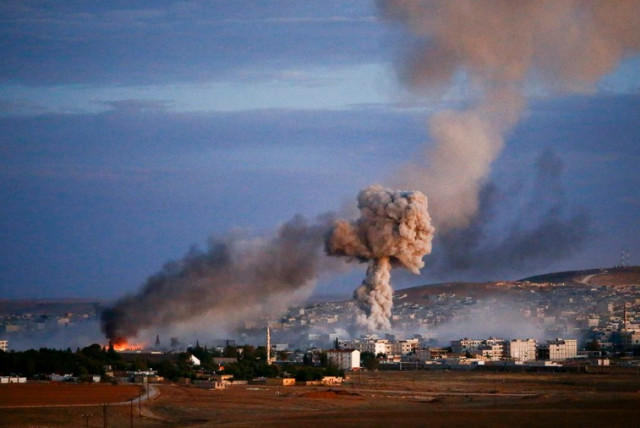 A Syrian army statement said the attack came from the Golan Heights and that it had brought down most of the missiles, in the second such attack in less than a month on the outskirts of the capital.

An Israeli military spokesman declined to comment on the report.

Israel has struck a wider range of targets than usual since the start of the year, including a major attack on Iranian-linked strongholds further east, near the Iraqi border.

Regional intelligence sources said Iran’s Quds Force and the militias it backs, whose presence has spread in Syria in recent years, have a strong presence in the Sayeda Zainab neighborhood of southern Damascus where the militias have many underground bases.

Israel has regularly attacked what it says are Iranian-linked targets in Syria in recent years, and stepped up such raids this year in what Western intelligence sources have described as a shadow war to reduce Iran’s influence.

Syrian President Bashar al-Assad’s government has never publicly acknowledged there are Iranian forces operating on his behalf in Syria’s civil war, only that Tehran has sent military advisers.

The entry of thousands of Shia militias, from Afghanistan to Lebanon, to fight alongside al-Assad helped the authoritarian ruler survive a widespread armed rebellion that sprang from a violent crackdown on pro-democracy protests in 2011.

Iran has built underground tunnels and spread decoys to help mitigate the effect of repeated Israeli attacks on its elaborate military infrastructure in the country, Syria military defectors have said.