Donald Trump calls for GOP unity, disclosed to run for president in 2024 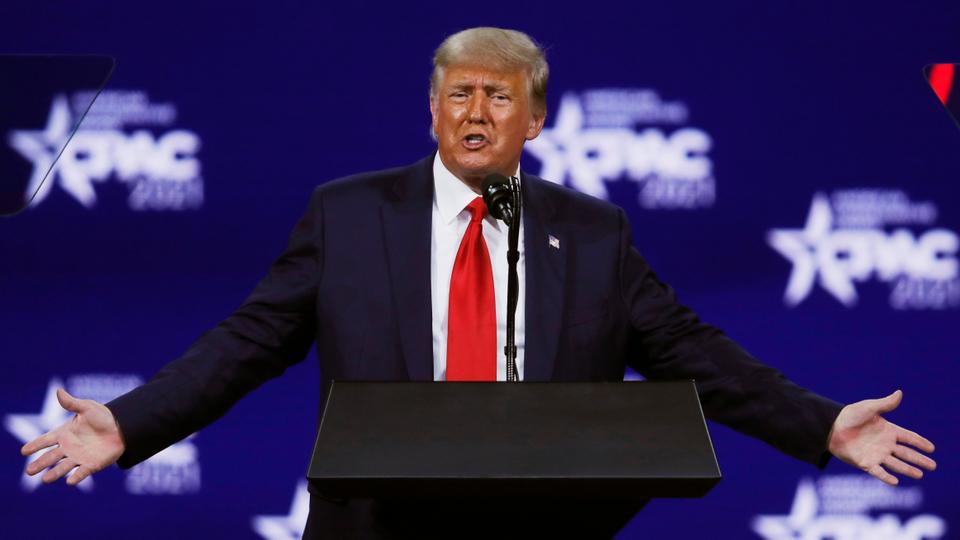 Former US President Trump used his speech at the Conservative Political Action Conference to blast his successor Biden, and try to cement his status as the party’s undisputed leader despite his loss in November.

Taking the stage for the first time since leaving office, former President Donald Trump has called for Republican Party unity in a speech at a conservative political conference, even as he has exacerbated its divisions and made clear he intended to remain a dominant force in the party.

Trump used his speech on Sunday at the Conservative Political Action Conference, where he has been hailed as a returning hero, to blast his successor, President Joe Biden, and try to cement his status as the party’s undisputed leader despite his loss in November.

“Do you miss me yet?” Trump said after taking the stage, where his old rally soundtrack had been playing. “I stand before you today to declare that the incredible journey we begun together … is far from being over.”

Though Trump has flirted with the idea of creating a third party, he pledged to remain part of what he called “our beloved party.”

“I’m going to continue to fight right by your side. We’re not starting new parties,” he said. “We have the Republican Party. It’s going to be strong and united like never before.”

Trump on Sunday hinted at a possible run for president again in 2024, attacked President Biden, and repeated his fraudulent claims that he won the 2020 election in his first major appearance since leaving the White House nearly six weeks ago.