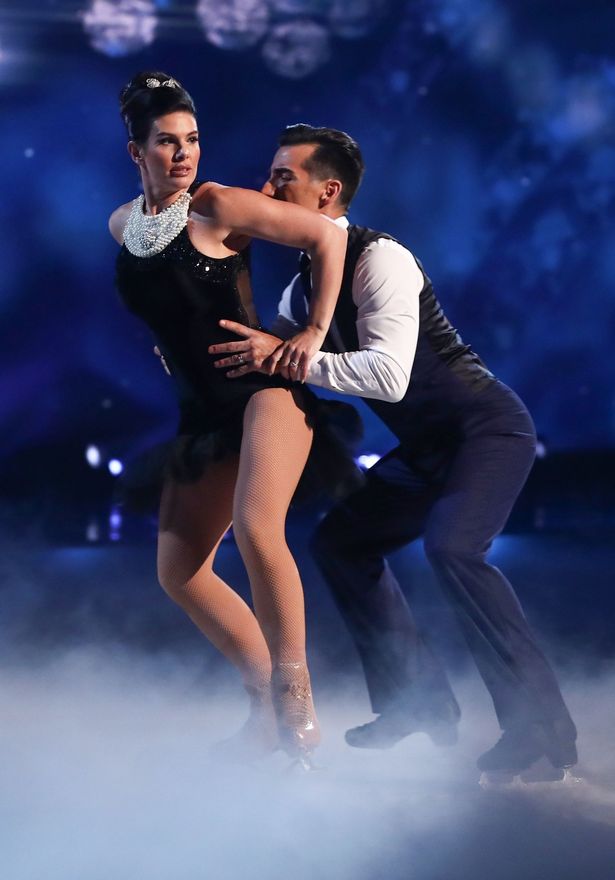 Dancing On Ice bid farewell to Rebekah Vardy this evening as she became the latest celebrity to be voted off the show.

Rebekah, 39, went up against Lady Leshurr in the skate off – and three out of the four judges decided to save the 32-year-old rapper.

During her second skate, Rebekah almost took a tumble and afterwards she admitted it was “awful”.

The WAG looked gutted as she realised her journey had come to an end, and told hosts Holly Willoughby and Phillip Schofield: “It’s been absolutely incredible, I’ve loved every moment of it.

“But you know these things happen and I’ve had a great time and thank you so much for teaching me,” she added to her skating partner Andy.

When asked by Phillip if she would continue skating, Rebekah replied: “Definitely, the kids are so desperate to skate as well.”

One person posted: “Very sad to see @RebekahVardy leave tonight. I’ve see real development in her confidence and skating in general and that headbanger from 2 weeks ago was amazing.

“Keep skating and keep your head up Rebekah as you have been brilliant.”

For Movie Week, Rebekah had transformed into Hollywood icon Audrey Hepburn to perform her routine to a song from Breakfast at Tiffany’s.

Rebekah showed off her slender frame in a teeny tiny black dress, complete with a tutu trim and a pearl necklace – just like Audrey used to wear.

The WAG – who is married to footballer Jamie Vardy – wowed fans of the show with her glamorous look, but they weren’t so impressed with her routine.

Many viewers tuning in at home felt that she didn’t do enough solo skating and didn’t necessarily deserve her total score of 34.

And it seems those views were upheld as fans of the show voted for their favorite couple – leaving Rebekah to end up in the bottom two.

There’s now four couples left in the competition, which has led to the Dancing On Ice final being brought forward by one week.